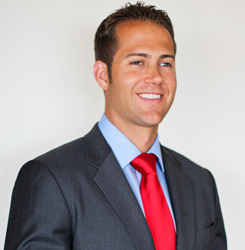 GoDigital Media Group, a media and technology company focused on intellectual property rights management, has infused Los Angeles based Cinq Music with $20mm in series B funding. The announcement was made by GoDigital Chairman Jason Peterson. Cinq Music will use the funding to purchase music rights, both masters and publishing, and to further expand internationally. Additional details of the funding were not disclosed.

“We’re ecstatic about our ability to fund Cinq Music for its acquisitions,” says Peterson. “Cinq is now strategically complete, having the ability to scale both its label, distribution, and publishing capabilities with our proven business model for global music rights management.”

Cinq President Barry Daffurn added, “Up until now our growth has been primarily organic, so we are extremely exited to hit the throttle, bring on some additional catalogs, and sign new talent. Over the past few years we have built a music company for the future, a place for mid-to-high level talent to grow outside of the major label system.” Although Cinq has been most notably associated with Latin music to-date, Daffurn confirmed the funds will be used to acquire rights from all genres.

About GoDigital Media Group:
GDMG is a leader in technology enabled intellectual property rights management and monetization. Its funding to Cinq will further the objectives of all the GoDigital family of companies, including ContentBridge, AdShare and VidaPrimo. For more information go to http://www.godigitalmg.com.

About Cinq Music:
Cinq Music is a data-driven record label, distribution, and rights management company. In the last year, Cinq released five number one Indie records on the Billboard Urban and Tropical Charts and was nominated for Latin Rhythm Label of The Year at the 2016 Latin Billboards. http://www.cinqmusic.com