The class action lawsuit against Audi alleges that the fuel saving feature that turns he engine off while the vehicle is at a full stop is defective. Vehicles equipped with the stop/start system tend to roll/move unintentionally and without the drivers knowledge. 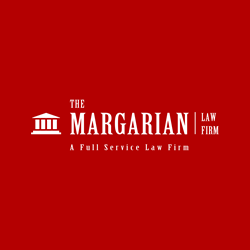 Audi owner Anzhelya Makaryan has filed a class action lawsuit against Volkswagen and Audi alleging a dangerous defect in all Audi vehicles equipped with the Start/Stop system. The lawsuit, Anzhelya Makaryan, et al. v. Volkswagen Group of America, Inc., et al., Case No. 2:17-cv-05086, was filed in the U.S. District Court for the Central District of California. Volkswagen represents that the Start/Stop system increases fuel economy and reduces CO2 emissions by shutting off the car’s engine when the car is stopped and re-starting it when the driver releases the brake. However, Volkswagen has allegedly failed to disclose that the Start/Stop system has a defect that causes the cars to roll unintendedly under certain circumstances, creating a potential for a serious accident.

The dangerous condition was previously brought to Volkswagen’s attention, but it has failed to remedy the problem. Therefore, Makaryan retained Hovanes Margarian of The Margarian Law Firm to demand a remedy from Volkswagen via litigation.

The Margarian Law Firm is a consumer class action law firm that has been fighting for consumer rights for over a decade. While the firm’s various departments have attorneys who handle a wide range of legal matters, its consumer class action division in particular has represented hundreds of thousands of consumers in class action matters involving automobile defects and other matters. The firm’s aim is first and foremost to engage Volkswagen in a meaningful early resolution dialogue whereby the safety concerns raised by Makaryan will be addressed for her and for all other affected Audi owners nationwide. The attorneys are optimistic that Volkswagen will do right by its clients.