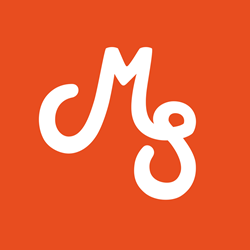 Mostly Serious, also headquartered in Springfield, Mo., is a digital solutions agency that began its partnership with Mother’s Brewing Company early in 2017.

“From the beginning of this project we knew we wanted to work with a team like Mostly Serious because they share our commitment to forming local partnerships,” said Mother’s Brewing Marketing Director Josh Sullivan. He continued, “Not only was the collaborative effort a great experience, but we’re incredibly pleased with the finished product because it truly encapsulates our brand and the type of presence we want to have in the local and Midwest beer community.”

For Mostly Serious’s interactive solutions team, envisioning and building the user experience-driven features for the Mother’s site was an exciting challenge, especially when it came to molding it with Mother’s penchant for vivid branded elements and quirky content. As a result, the finished site stands out with a bold design and then some. Users can navigate deeper into the site via a homepage beer slider and distributors can access merchandising and marketing fodder via a password-protected portal. In addition, first-time visitors and long time Mother’s fans now have the ability to request Mother’s beer in certain locations by simply filling out a form.

“Building out the interactive design for the Mother’s site was an opportunity for us to flex our creative muscles and collaborate with the Mother’s marketing team to bring some of their ideas to life,” said Jarad Johnson, president of Mostly Serious. “The feedback we’ve received in the community on the new site has been overwhelmingly positive, so now we’re looking ahead to plan new features and content that’ll continue to set Mother’s apart.”

Established in 2011 and headquartered in Springfield, Mo., Mother’s Brewing Company brews unique craft beers, from year-rounders to seasonals to limited releases. Mother’s beer can be found in just about every corner of the southwest Missouri region and into surrounding areas. In addition to its distribution-based presence, Mother’s is an extremely visible entity in Springfield as a host and sponsor of community events of all kinds.

Mostly Serious offers the latest in interactive design and digital solutions and works with leading Springfield-based companies such as CoxHealth and HOLLOWAY AMERICA. In addition to its recent completion of the Mother’s Brewing website, Mostly Serious designed and developed the ecommerce website for Give Ozarks Day—a one-day fundraising event led by Community Foundation of the Ozarks. For the third year in a row, the Give Ozarks website has helped raise more than $1 million during the annual 24-hour event, bringing in $1.4 million for regional community organizations this past May.