“God's Little Girl” from Christian Faith Publishing author Hilda Sellers is the remarkable story of the Blackman children. After their family is divided by illness, abandonment, and orphan life, they must learn a new way of life as they struggle with the heartache of their tribulations. 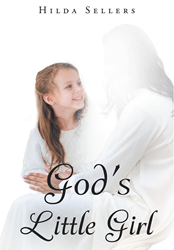 “God's Little Girl”: the story of a family divided by illness, abandonment, and orphan life. “God's Little Girl” is the creation of published author, Hilda Sellers. Hilda Blackman Sellers is a native of Rockingham, North Carolina. Her father and mother were sharecroppers, among many other things, until her mother was stricken with tuberculosis and her father abandoned his children. She is married to a wonderful evangelist named Stanley Sellers. They have seven kids between them. They both minister through song and word.

“From one orphan to another, my heart goes out to anyone who has ever been labeled as an orphan. I would like to give each one of you a hug, but to do that, my arms would have to reach around millions of people. Since that is not possible, I can only write down my experience and hope they will in some way help you.” -- Hilda Sellers

In the fall of 1952, the Blackman children were playing in the yard of their home in Rockingham, North Carolina. They were completely unaware that their life as they knew it was about to come to an end. They were about to be lifted out of poverty and hunger, but at a cost.

Their mother was too sick with tuberculosis to ever come home. Their father had already rejected them and taken his mistress, along with her kids to Maryland, never to return. The children would take a trip to an orphanage where they would each be dropped off at different cottages, never to sleep under the same roof again.

View a synopsis of “God's Little Girl” on YouTube.