Author David Johnson’s Newly Released “Jim Kersting: An American Dream” Is the Story of Achieving the American Dream from the Humble Beginnings of a Midwestern Farm Boy

“Jim Kersting: An American Dream” from Christian Faith Publishing author David Johnson tells the tale of a successful entrepreneur and person whose motorcycle business helped him achieve the American Dream. By examining how he did it, readers will learn how they can do it as well. 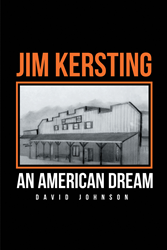 “...he never worked a day in his life because he loved what he did so much and was very good at it. ‘He made his customers feel like family,’ Dave pondered during a visit to his office. The respect that Jim earned from his business partners, friends, and customers is legendary in the second half of the 20th century and his family has continued to earn the same respect as they carry on his traditional business model into the 21st century. It was a pleasure to generate this story of a true American Dream, Jim Kersting.”’
--David Johnson’s Jim Kersting: An American Dream

Jim Kersting rose from the cornfields of Northern Indiana in the 1940s to become a successful entrepreneur in the motorcycle business. He was also the founder of the World of Motorcycles Museum. As they celebrated the fiftieth anniversary of his Harley-Davidson dealership in 2012, Jim and his family exuded pride in all they had built. His business continues to operate in the same rural location where his combination home and mechanic workshop sat just after he returned from the Army and married in the early 1960s.

An American Dream is a rarity, but Jim has certainly earned the moniker through the steady application of his mechanical skills, work ethic, Christian morals, willingness to take risk, and reinvestment through the difficult early years. His close friends and family speak about his staunch reputation for honesty and integrity. Customers always testify about their satisfaction with Jim’s style of service as well as his high-quality motorcycles, parts, and products. Jim's childhood lessons, Army days, various jobs, marriage, children, business start-ups, challenges, and faith are all examined to reveal what he did to become a successful, true American Dream.

View a synopsis of “Jim Kersting: An American Dream” on YouTube.

For additional information or inquiries about “Jim Kersting: An American Dream”, contact the Christian Faith Publishing media department at 866-554-0919.