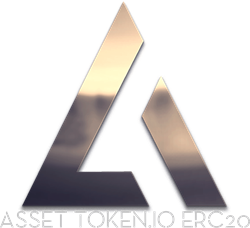 Asset Token has developed an ERC20 Compliant Token that runs on the Global Ethereum Network which allows Credit Card Rewards points to transfer between participating Financial Institutions Issuing Credit Cards. The first of its kind Asset Token is impervious to replication or forgery. The Asset Token is the only Token that can truly say your Credit Cards Rewards Points never expire. Participating Banks will be able to allow consumers the choice to transfer these tokens between Credit Cards and rewards Points Programs instantly and safely. With ability to use Smart Contracts; banks have the ability restrict or expand the Asset Token usage with participating Merchants and Financial Intuitions.

The Asset Token is a working product that Banks can buy directly and deploy within their systems now. It can be setup as a redemption product for current proprietary Rewards Points and ultimately deployed to replace the Proprietary rewards points system altogether. Asset Token with its intrinsic value as a Rewards Point Token will empower consumers and create credit card usage incentives as well as loyalty to the program.

Asset Token has a Token Supply of 1 Billion. The company has strategically created public purchase opportunities described in the Asset Token Brochure. Asset Token is not to be confused with an Initial Coin Offering or ICO. Asset Token is financially sound and is not seeking any type of Crowd Funding. The Asset Token is different from other companies in that Asset Token is a working product token while the majority of companies selling tokens sell them as IOUs or Investments similar to a Securities.

Asset Token is a Registered Trademark and Patent Pending.