New website provides access to more than 2,300 digitized documents, images, and films from the Rockefeller Archive Center's collections in fields ranging from science to agriculture to the arts. 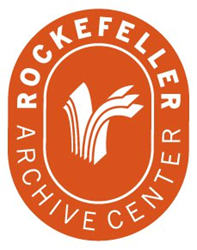 Marist College is proud to contribute to the preservation and dissemination of historical records of significance.

Marist College and the Rockefeller Archive Center (RAC) are pleased to announce the launch of the website The Rockefeller Foundation: A Digital History, https://rockfound.rockarch.org.

This website is the first product of the partnership between Marist and the RAC established in 2016. It offers primary source materials and historical essays about a vast array of Rockefeller Foundation activities at home and abroad, in fields ranging from science to agriculture to the arts.

Using the open-source platform, Liferay, the new website features more than 2,300 digitized documents, images, and films. Because of the flexibility and functionality of Liferay, new essays and materials from the RAC’s collections can be easily added to the site so that it is an evolving digital humanities resource. The original version of this narrative, documentary website was first introduced in 2013 as 100 Years: The Rockefeller Foundation and was a stand-alone site on a different platform. It was created as part of the Rockefeller Foundation’s year-long centennial commemoration and was jointly funded by the Foundation and the Rockefeller Archive Center.

The new website is built on the core principles of user-centric design, open-source software, and collaborative research. It is now completely responsive, allowing visitors to view it on their mobile devices. The RAC will continue to add content to this revised and refaced website, thanks in part to an ongoing grant from the Rockefeller Foundation. It is intended to benefit current philanthropic practitioners, grantees, scholars, and the general public.

“The improvements made to this website offer one example of the exceptional partnership that the RAC has established with Marist College,” said Jack Meyers, President of the Rockefeller Archive Center. “In addition to collaborating on innovative digital humanities platforms like this website, we’re also actively partnering with Marist to develop and implement a separate open-source system that will enable us and the broader archival community to manage digitized and born digital records.”

“As an academic and research institution, Marist College is proud to contribute to the preservation and dissemination of historical records of significance. We’re excited to partner with the RAC to create new, digital technologies to store, protect, and make available the story of the Rockefeller Foundation and the other philanthropies whose records are held by the RAC,” said Bill Thirsk, Vice President of Information Technology/CIO at Marist College.

Through this joint initiative, Marist continues its long-standing tradition of supporting the Hudson Valley and New York State community. The RAC brings its expertise in archival practices and its strength in research and education to the initiative.

Marist College, recognized for excellence by The Princeton Review, U.S. News & World Report, Kiplinger's Personal Finance, Barron's Best Buys in College Education, and Entrepreneur, is a highly selective comprehensive liberal arts institution noted for its leadership in the use of technology in and out of the classroom. Founded in 1929, Marist overlooks the Hudson River in Poughkeepsie, New York, midway between New York City and Albany, the state capital. Marist is ecumenical in character and reflects the ideals of the founder of the Marist Brothers, St. Marcellin Champagnat: commitment to excellence in education, a pursuit of higher human values, and dedication to the principle of service. Marist is dedicated to helping students develop the intellect and character required for enlightened, ethical, and productive lives in the global community of the 21st century. Marist educates 4,700 traditional-age undergraduate students and over 1,300 adult and graduate students in 47 undergraduate majors and 14 graduate programs, including fully online MBA, MPA, MS, and MA degrees.

About the Rockefeller Archive Center:

The Rockefeller Archive Center, an endowed private operating foundation, is an independent archive and research center dedicated to the study of philanthropy and the diverse domains it has shaped. Located in Sleepy Hollow, New York, the RAC was established in 1974 to assemble, preserve, and make accessible the records of the foundations and nonprofits established by the Rockefeller family, including the Rockefeller Foundation, Rockefeller Brothers Fund, and Rockefeller University, as well as the records of the family itself. RAC holdings have grown to include materials from numerous non-Rockefeller foundations and nonprofits, such as the Ford Foundation, the Commonwealth Fund, the Taconic Foundation, and the Institute of International Education, making it a premier center for research on philanthropy and civil society. It is also a major repository for the personal papers of philanthropic leaders, Nobel Prize laureates, and world-renowned investigators in science and medicine.