Recent release “Double Death” from Page Publishing author April Lyne is an absorbing, fast-paced thriller novel about a man seeking answers and retribution upon the death of his beloved wife. 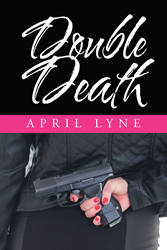 April Lyne, a writer and author, has completed her new book “Double Death”: a gripping and potent story of murder, mystery and a struggle to survive against dark and powerful faction of assassins.

April Lyne lives in Indianapolis, Indiana, with her husband of thirty years, Jeff, and their eight-pound fur baby, Peyton Eli. She works at the Indianapolis International Airport. April enjoys writing, spending time with close friends, and riding her Harley. Her motto is “Live life, don’t just exist. Take joy in the small things.”

Published by New York City-based Page Publishing, April Lyne’s riveting tale follows main character Justin Singer through his attempt to unravel the truth about his departed wife, Sherri. Justin must delve into the shadows and face a cabal of trained assassins if he is to learn the truth and enact vengeance on the ones who took the life of his wife.

Justin Singer is a dock worker in a small California town, recently married and living the dream. Life is good until he arrives home one night to find his bride dead. Jailed for her murder, his world crumbles. Released into the custody of agents from both Scotland Yard and Interpol, he learns his wife was not who she claimed to be.

Refusing to believe the love of his life was a cold-blooded assassin, Justin immerses himself into the dark and deadly world of killers known as the Regatta. His wife’s death has sparked a bloody internal war into which Justin jumps with both feet. Now only one question remains. Who will survive?

Readers who wish to experience this gripping work can purchase“Double Death” at bookstores everywhere, or online at the Apple iTunes store, Amazon, Google Play or Barnes and Noble.