Recent release “Fantastical Realities” from Page Publishing author Michael Dane is a gripping fantasy of empire, war, and the selfless courage of a small band of men and women who would stop at nothing to achieve a lasting peace. 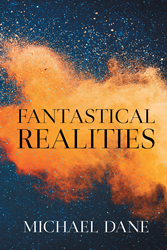 Michael Dane, a musician, paraprofessional tutor, and billiards aficionado, has completed his new book “Fantastical Realities”: an engrossing fantasy pitting two empires bent on war against those with the knowledge and power to avert catastrophe.

The war seemed inevitable. Two Empires with opposite strengths focused only on winning a war of total destruction. Magic and science, a logical mix that instead only inflamed. One man knew how to stop the war forever, but he needed the assistance from seven others, plus two. Steal their power, he thought, and they will be helpless. The seven agreed with his intentions and in one day, they usurped the power from each Empire. The war ended before it began. A war that would begin again if the eight of them were lost. They needed protectors, which is where this story begins.

Readers who wish to experience this enthralling work can purchase “Fantastical Realities” at bookstores everywhere, or online at the Apple iTunes store, Amazon, Google Play or Barnes and Noble.