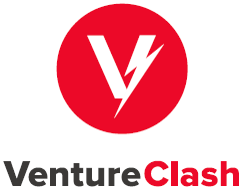 VentureClash features some of the most promising international early-stage companies.

Connecticut Innovations(CI), the leading source of financing and ongoing support for Connecticut’s innovative, growing companies, today announced that Tim Armstrong, CEO of Oath, will be the keynote speaker at the VentureClash finals event this fall. VentureClash is a $5 million global venture challenge for early-stage companies in digital health, financial technology, insurance technology and the Internet of Things.

The challenge will invite 10 companies to pitch their plans at a finalist event at Yale University on October 20, where Armstrong will speak. The event will connect finalists with experts, investors, customers and academics who are engaged in their industries.

Armstrong is an executive, investor and entrepreneur. He currently serves as CEO of Oath, a global digital and mobile company that reaches more than one billion global consumers and partners with the world’s leading global brands. Oath owns close to 50 mobile and internet brands, including Yahoo, AOL, HuffPost, TechCrunch, Tumblr and other leading brands as well as global commerce and advertising platforms that support thousands of partners across the globe.

Oath became part of Verizon in 2015 after Verizon acquired publicly traded AOL Inc., where Armstrong was chairman and CEO. Prior to joining Oath and AOL, Armstrong spent almost a decade at Google, where he served as president of Google’s Americas Operations and senior vice president of Google Inc., as well as serving on the company’s global operating committee. He started his career by cofounding a newspaper in Boston, before moving into the internet industry, where he has worked as a team member, investor or cofounder at numerous companies, including Starwave, Snowball, Associated Content and Patch.

“VentureClash features some of the most promising international early-stage companies,” said Matt McCooe, CEO of Connecticut Innovations. “Tim’s experience as a successful entrepreneur and startup investor will be invaluable for our finalists.”

About VentureClash
Managed by Connecticut Innovations, VentureClash is Connecticut’s global venture challenge focused on early-stage companies. The challenge identifies high-potential companies in digital health, FinTech, InsureTech and the Internet of Things that will receive investments from a $5 million investment award pool. Learn more at http://www.ventureclash.com.

About Connecticut Innovations Inc.
Connecticut Innovations (CI) is the leading source of financing and ongoing support for Connecticut’s innovative, growing companies. To maximize the growth potential of each business, CI tailors its solutions and often combines its funds with resources from other financial leaders to provide venture capital and strategic support for early-stage technology companies; flexible loans for established companies with new innovations; grants that support innovation and collaboration; and connections to its well-established network of partners and professionals. For more information on CI, please visit http://www.ctinnovations.com.