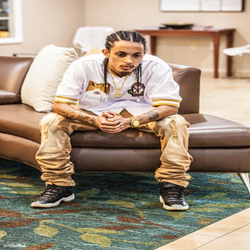 Jordan Donnell, the up-and-coming Hip-Hop artists coming out of South Carolina, recently released his latest single, "Tonight". The single is currently available to stream and download on Coast 2 Coast Mixtapes.

Jordan Donnell Clark was born in Columbia, South Carolina on September 7, 1991. He started singing at the age of three, practicing the songs of Boyz II Men, Donell Jones, Usher, and many more popular R&B artists from the 1990's.

Jordan chose to include “Tonight,” “Role Play,” and “As I Lay You Down” in his Coast 2 Coast Mixtape from the various songs he has written. He describes vibe of his first mixtape as having a "sexy good vibe". He hopes that his listeners will view him as an artist who is genuine with an old school touch aiming to bridge the gap between the younger and older generations. His music falls under the R&B/Soul genre.

Jordan will be performing “Tonight” on August 31, 2017 in Miami, Florida for the first round of the Coast 2 Coast 2017 World Championship. In the meantime, he is networking with other artists, DJs, etc. to promote himself and his music. Jordan is also working on his first album Visions of a Virgo.