WorldReligionNews.com launches 'Faith In Recovery' 12-part series focused on faith-based drug rehab, and the approaches different religions take to help the faithful and the agnostics recover from drug and alcohol addiction. 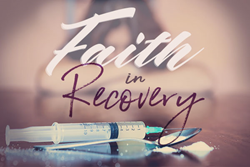 World Religion News has launched a new 12-part in-depth series called 'Faith in Recovery.' The series discusses faith-based addiction recovery and rehab, and the issues that surround it, such as the difference between religious and secular modes of treatment, and whether faith-based rehabilitation should be funded by the government.

In the United States, nearly 40 million people have a substance problem. Clearly substance abuse is a serious issue in America and addiction recovery is an important priority. Have you ever wondered about the role that religion plays in addiction recovery? Over 400 scientific journals have shown that faith-based substance abuse treatment programs have had either moderate or great success compared to secular programs.

World Religion News, a comprehensive religion news website that disseminates the most impactful religion news around the world from Atheism to Wicca and all in-between,, has just released a new 12-part article series on faith-based addiction recovery. In this series, called Faith in Recovery, WRN explores the facets of faith-based recovery, how different religions view drug abuse and how religion affects substance abuse. The series will also delve into the benefits of faith-based recovery, the comparison between faith-based treatment and non-faith based treatment, and a how-to of finding the right faith-based treatment center. Among other current issues that the series will tackle are the problem of opioid abuse concerning the Mormon church today and whether faith-based programs should be funded by the government. The 'Faith in Recovery' series will update weekly until completed.

About WorldReligionNews.com
WRN covers the religion news generated by all major world religions, A to Z, from Agnosticism to Wicca and all in between, in ways that strive inspire, enlighten, entertain & engage within a framework wired for a connected and distracted world.