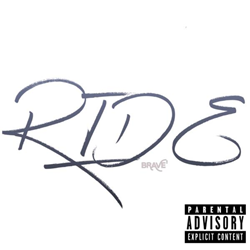 Milwaukee artist Brave' is back with his latest single, "Ride". "Ride" is the lead single off of his upcoming album entitled "TheBraveTakeOver". "TheBraveTakeOver" is a journey down Brave's creative musical capability. "Ride" is currently availble to stream and download on Coast 2 Coast Mixtapes.

Born in 1996, in Milwaukee, WI. Brave' is a up and coming R&B & Hip-Hop artist. At a young age Brave' developed a passion for music and a love for his community. His music is a direct reflection of hot issue in and out of the culture some of those are love, injustice, and pain. "B.R.A.V.E." stands for Building Resistance Against Victorious Empowerment.