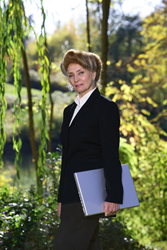 Sharon Kleyne, host of the nationally syndicated The Sharon Kleyne Hour Power of Water, Global Climate Change and Your Health on VoiceAmerica sponsored by Nature’s Tears® EyeMist®, wants government officials and schools to ramp up education programs that teach evaporation and water vapor and the huge impact both have on humans and their health. Also the founder of Bio-Logic Aqua® Research Water Life Science®, Kleyne welcomed fellow water researcher and Chief Climatologist L. DeWayne Cecil, Ph.D. to talk about new developments in climatology and water’s role in climate change.

“I am a Paleo-climatologist,” Cecil said. “I study tree rings, lake sediment and past climate change cycles to see if I can draw useful conclusions about current trends.” Cecil, formerly employed with the U.S. Geological Survey, also worked for a time at NASA where he specialized in satellite imaging to view climatic trends. Cecil’s current position is Western Region Climate Services Director for the NOAA-NCDC

Echoing Kleyne’s call for more wide-ranging, deeper education about water research and evaporation, Cecil shared a similar commitment to education in his current work. “Much of our effort now is concentrated on education,” said Cecil. “We intend to involve citizens and stakeholders in developing solutions that are called for in specific areas,” Cecil explained. “I think of this as being proactive as we deal with drought, flooding, crop issues and many other situations.” He added that the NOAA-NCDC is making appropriate use of town hall meetings and symposiums across all six regions of the country.

At Kleyne’s urging, Cecil elaborated on his opinion that water plays a major role on weather and the climate. “Water is extremely important in a balanced atmosphere,” Cecil said. “In the atmosphere, the climate is strongly affected by water.” Kleyne suggested that people seemed to have trouble understanding this and Cecil agreed, pointing out that his team’s education efforts included teaching people how ground water evaporates and rises, becoming a gas that not only gives life to the air we breathe, but also has the potential to change weather patterns and the climate.

“People should know,” said Kleyne, that evaporation is the process by which water is turned into a gas—a vapor—that enters the atmosphere and creates the air we breathe.“ Cecil added that our weather and climate were already experiencing dramatic changes, some of them life-threatening. “We’ll all be sorry,” Kleyne said, “if we don’t do a much better job educating the general public about evaporation, the water mist cycle and the climate.”

Looking back on his own experience, Cecil recalled one of the earliest events that inspired him to become a scientist and researcher. “It was the photographs taken of the earth and space by the Apollo astronauts,” he said. “There was that beautiful blue marble,” Cecil said, “and I thought, ‘it really is a water planet!’”