CHF Media named as a Finalist at 2017 Growth Investor Awards

In an awards ceremony taking place on 8 November, CHF Media will be competing for the title of Best EIS Investment Manager. 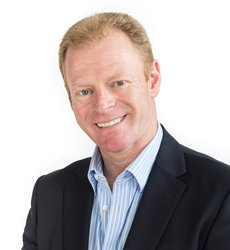 We are delighted that the role played by CHF Media has been recognised with this 2017 Growth Investor Awards shortlisting, within a fiercely contested category.

Launched by Intelligent Partnership in 2015, the Growth Investor Awards celebrate the UK’s SME investment community’s contribution towards innovation, technology, and job and wealth creation. The awards specifically acknowledge those companies and individuals who are helping start-up and ‘scale-up’ businesses realise their full potential and power Britain’s economy.

CHF Media will be competing in the Best EIS Investment Manager category alongside the following finalists: Calculus Capital, Mercia Technologies, MMC Ventures, Parkwalk Advisors and Puma Investments. The winner will be announced at an exclusive black tie awards dinner, which will be held on Wednesday 8 November at the Royal Lancaster Hotel, Lancaster Gate, London.

“We are thrilled to be selected as a finalist as Best EIS Investment Manager in the 2017 Growth Investor Awards as this is not only testament to the fantastic creative work carried out at CHF, but also recognition of the CHF Media Fund team who work tirelessly, literally behind the scenes, to produce relevant and exciting investment opportunities.”

Guy Tolhurst, Managing Director of Intelligent Partnership, said: “The Growth Investor Awards measure the impact of talent, technology and innovative thinking within Britain’s thriving smaller-company ecosystem. We want to honour all those industry leaders who day-in, day-out display the ability, bravery and commitment needed to back entrepreneurs and help drive Britain’s economic growth from the bottom up.

“We are delighted that the role played by CHF Media has been recognised with this 2017 Growth Investor Awards shortlisting, within a fiercely contested category. I’d like to personally wish CHF Media the very best of luck, and we hope to see you on the winners’ stage in November.”

Finalists will now move on to a second round of judging to determine the winner in each award category. Daniel Kiernan, Intelligent Partnership’s Research Director heads up the Advisory Board, which represents different sections of the fund management, alternative investment and SME community; said:

“These awards were designed in consultation with the SME industry. An independent panel of judges for each category is drawn from within and outside the industry – to bring a range of perspectives and to provide a level playing field. Having such a robust and comprehensive judging process really underscores the credibility and prestige of these awards.”

Advisory Board member Tim Hames —Director General of the British Private Equity & Venture Capital Association (BVCA) — added: “Competitive advantage doesn’t go to the nations that focus on creating companies; it goes to the nations that focus on scaling them. The Growth Investor Awards recognise the broader contribution of the SME fund management community to scale up growth and those best optimising investment and support.”

CHF MEDIA NAMED AS A FINALIST AT 2017 GROWTH INVESTOR AWARDS