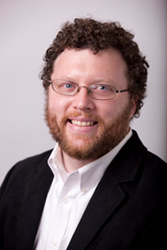 Pittcon is pleased to announce its participation in the Analitica Latin America program and exposition, one of the main meetings of the analytical chemical industry. This year’s event, organized by Nuernberg/Messe Brasil, will be held at Sao Paulo Expo in Sao Paulo, Brazil, September 26-28.

Pittcon will be sponsoring two sessions at this year’s event.

On September 27, at 9:00 a.m., Steven Ray, Ph.D., State University of New York at Buffalo, will present “Distance-of-Flight Mass Spectrometry and Solid-State Ion Detectors: Two New Approaches to Mass Spectrometry.” In this presentation, a new type of mass analyzer known as the distance-of-flight mass spectrometer (DOFMS) will be introduced.

Pittcon 2018 will also maintain a booth on the exposition floor which will be staffed by Portuguese-speaking personnel and Pittcon Program Chair Annette Wilson.

Dr. Wilson stated that the Pittcon Organizing Committee is very pleased with the mutually beneficial relationship with Analitica Latin America. She commented, “It gives us a rare opportunity to connect and interact with our Latin American audience.”

About Pittcon
Pittcon® is a registered trademark of The Pittsburgh Conference on Analytical Chemistry and Applied Spectroscopy, a Pennsylvania non-profit organization. Co-sponsored by the Spectroscopy Society of Pittsburgh and the Society for Analytical Chemists of Pittsburgh, Pittcon is the premier annual conference and exposition on laboratory science. Proceeds from Pittcon fund science education and outreach at all levels, kindergarten through adult. Pittcon donates more than a million dollars a year to provide financial and administrative support for various science outreach activities including science equipment grants, research grants, scholarships and internships for students, awards to teachers and professors, and grants to public science centers, libraries and museums. Visit http://www.pittcon.org for more information.