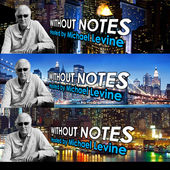 “Without Notes”, compared by critics as a Charlie Rose type interview show for the web, began its third season with famed political consultant, attorney and author Susan Estrich (http://weblaw.usc.edu/faculty/?id=211) on August 1st.

A celebrated feminist legal scholar, Ms. Estrich was the first female president of The Harvard Law Review. Working for Michael S. Dukakis in 1988, she was the first woman to manage a presidential campaign. And in 1991 she coined the term “nuts and sluts” to describe the campaign Clarence Thomas supporters waged to discredit Anita Hill.

Created and hosted by media expert and author Michael Levine, "Without Notes" features revealing one-on-one interviews with prominent guests and in three-part episodes.

“I am humbled to have the privilege to interview one of the most influential political and legal minds of the last four decades” said Levine.

Susan Estrich says, "It was great speaking with Michael about a number of issues viewers will find both topical and exciting."

In March of this year, “Without Notes – The Podcast” was born, and serves as a separate weekly half-hour podcast, as a result of the show's success.