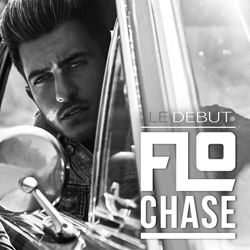 ‘Le Debut’ by Flo Chase will launch on 18th August!

Flo Chase, an award winning singer-songwriter based in Sydney, Australia, is due to launch his newest EP ‘Le Debut’ on August 18th, which is available now on iTunes. Flo Chase states that it was “a long process” to produce the release, but that he “was very lucky to get in the studio and work with the extremely talented record producer, Wayne Conolly, and some amazing musicians who helped shape and make [his] record come to life.” Flo Chase has expressed his excitement about the release, and will perform a Live Show at Lazybones Lounge Restaurant and Bar in Marrickville, Australia on Friday, August 18th from 7:30-8:30 PM.

Flo Chase states that when developing the EP ‘Le Debut” he was inspired by “living in the heart of the city,” and generally worked between the hours of midnight and five. He likes to have a diverse routine, but makes sure to fit in writing and recording as well as playing with his dog. Flo Chase remarks that he has “always been inspired by John Mayer-- by his guitar playing style [and] his songwriting…[and] artists like Ben Howard and Jason Mraz.” Flo Chase states that growing up in France and moving to Australia left a big impact on his life, and “that gaining as much experience as you can is the main thing.”

Originally from France, Flo Chase moved to Queensland, Australia in 2007 in order to pursue his musical career. Music has always been a fundamental part of his life and he has become increasingly ambitious towards reaching his goal of becoming a recognised, active artist. He first discovered a love of singing, music, and instruments at the age of 10, quickly mastering the guitar, vocals, the harmonica, piano and the drums. Recently, he released his debut single, ‘Lonely River’, now available on iTunes, and his cover of Ed Sheeran’s, ‘Shape of You’, has more than 40,000 views on YouTube. Flo Chase states that growing up in France and moving to Australia left a big impact on his life, and advises other emerging artists “that gaining as much experience as you can is the main thing.”

About Flo Chase: Flo Chase is an award-winning 22-year-old male singer-songwriter, multi-instrumentalist, and model currently living in Sydney, Australia. Originally from France, he initially moved to tropical Queensland in 2007 in order to pursue his musical ambitions. Music has always been a fundamental part of his life and he first discovered his set of soprano lungs and plucked a plectrum on his guitar from the age of 10.

Flo’s lifelong goal is to become a recognised, active and head-turning artist and to build up an assortment of his covers that do not pinpoint to a specific sound, but rather to one that opens his listeners to an ingenious, intriguing and tantalising experience like no other. No wonder, he’s already garnered a large loyal following.