Moon Stone International Investment S.A. from Luxemburg is a company, which has come to realize that proper waste management is a new industry for the future for those who will recognize this opportunity. 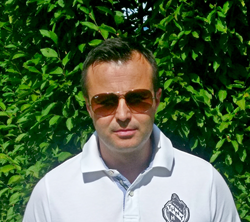 Moon Stone International Investment has its own business model for the efficient management of material resources based on circular economy policy as a new economic model for resource management.

In recent years, efficient use of resources and a low-carbon society have become the focus of global discussions on the transition to a circular economy. Transition to a circular economy is one of the fundamental development challenges of our society, which will have an ever more important role in the future due to its environmental and climate impacts, and because of the economic potential deriving from it. Therefore, the transition to a circular economy cannot only be a vision, but is a necessity. Circular economy connects several concepts, such as green growth, the green economy, industrial symbiosis, resource efficiency and sustainable development. With wider or narrower focus, the common goals are generally three: to improve the efficiency of resource use, to ensure resilience of ecosystems and to strengthen social equity. Global demand for natural resources is rising steeply. In the 20th century, the world's population increased by 4 times, economic output by 40 times, consumption of fossil fuels 16 times, and water consumption by 9 times. The same trend will continue in the future. By 2050, the global population will increase to 9.6 billion people, and it is clear that the linear economic model will soon come to its limit as it is based on the exploitation of natural resources and the increasing production of goods with a short lifespan.

The Seventh Environmental Action Program of the European Parliament and of the Council of the European Union for the period up to 2020 sets out the priority objectives to be achieved during this period. With this environmental action program, the EU has committed itself to further strengthening its efforts to protect our natural capital, promote low carbon growth by effectively using resources and innovation, and protecting the health and well-being of people - while respecting the natural limitations of the planet. The program contains nine priority objectives and tasks that the EU must undertake to achieve by 2020, among which a special focus is on improving resource management.

According to Eurostat data, most EU countries are still ineffective in terms of material productivity because they use too many natural resources for the unit of GDP generated, which puts them in an extremely precarious situation in the long run from a competitive point of view. The reason for this is the overwhelming inheritance of the surviving linear model of thinking in the economy and service activities (acquired, used, discarded). We need to start thinking about how to set up a circular economic system in which raw materials, water, energy and other resources will circulate, as they circulate in nature. By introducing the circular economic system, the company will be a step closer to not considering environmental policy as a factor of limiting growth, but as a key development opportunity for a new development paradigm.

The notion of "circular economy", in which nothing is discarded, is crucial in seeking to increase the efficiency of resource use. Prevention and preparation for the reuse and recycling of waste enable the company to acquire substances or materials from existing, already produced sources. This reduces the need for natural resources, and consequently reduces the use of energy and the negative impacts on the environment. Therefore, when introducing circular economy, there is no question if, but only when the economies of the countries will do so.

Moon Stone International Investment S.A. from Luxemburg is a company, which has come to realize that proper waste management is a new industry for the future for those who will recognize this opportunity. Expert studies and operational experience of the company show that the limited processing of only certain waste by a certain technology reduces the possibility of their processing into new usable materials, the scope of the possibilities of implementing certain services is limited, while lower added value and lower operating profit are achieved. On the contrary, the combined processing of waste from different areas of their production by combining different processing methods gives the greatest possible degree of their conversion into new useful materials, the maximum extent of service delivery, unsurpassed development opportunities and the achievement of higher added value and higher operating profit. And all of this is the strategic business goal of Moon Stone International Investment S.A. from Luxembourg, which has its own business model for the efficient management of material resources based on circular economy policy as a new economic model for resource management.

Moon Stone International Investment S.A. Is mainly focused on handling large masses of waste from construction, mining, industry, energy, utilities and debris of inland water bodies. Among municipal waste, priority is given to the treatment of sludges from wastewater treatment plants, the remains of so-called unusable heavy fractions after mechanical biological treatment of municipal solid waste, and ashes resulting from the thermal treatment of alternative fuels from treated waste. The use of recovered waste as new materials, composites and soils is primarily intended for the implementation of earthworks, focusing on the implementation of remediation of degraded areas in the past, improving the quality of soil for agricultural production and for new provincial construction, with an emphasis on the implementation of measures for the construction of flood protection for threats to the operation of high flood water.

In the strategy of its operation, the company does not use the words "disposal or incineration of waste" since it is at all times looking for recycled waste with comprehensive project support at the highest level for its predominantly strategic clients under its own patent procedure and its own business model for useful permitted re-use for the purpose of implementing the circular economy strategy - efficient resource management.