The new mixtape is currently available to stream and download on Coast 2 Coast Mixtapes. 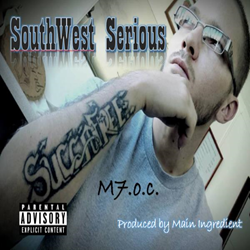 ABout M7.o.c.: M7.o.c. comes from a place where poverty and hatred keep gang violence and crime at a state high. Running the streets making money the wrong way, hanging out with the local dust kickers got him in a lot of trouble. Also developed material for a rapping habit, and with the skill to cut hair, opening his own barbershop to support the music became the motivation. His music gives you an idea from the mind and eyes of M7.o.c. and how he came along in the land he grew to love, his way of making ends meet, and keeping his head above water.