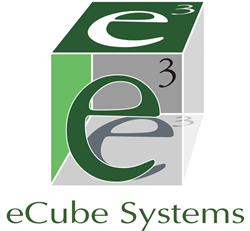 We hope that developers will use these modern tools on OpenVMS and realize its development environment is just as modern as any linux, Windows or Unix platform, with a more secure and fault tolerant environment

eCube Systems in conjunction with Connect is pleased to announce its schedule for the OpenVMS Modernization Seminar series this fall. Each seminar will feature expert directed labs where students follow steps to install and use desktop tools for modernization, a connection to an AVTware Virtual Server running OpenVMS and a 90 day evaluation license of the three modernization tools featured in the seminar for each student.

The OpenVMS Modernization Seminar is scheduled to kick off at the OpenVMS Bootcamp on Sunday, September 24th in Boston, MA, and the following weeks will feature one seminar in each of the following cities: Amsterdam on October 2nd, Gotenburg on October 5th, and London on October 9th. The training class will feature labs and will be hands on, so each participant will need to bring a Windows, Mac or linux laptop to the seminar so that they can install the Eclipse environment and Java tools necessary to use each moderinization tool. The modernization training will be broken into three components:

Workbench tools are integrated into NXTware Remote developer tools so that the developer can generate connectors, compile and debug their code from one interface.
After completing this class, the participant will be able to demonstrate modernization skills on OpenVMS applications to help existing developers be more productive and attract new engineers and developers to work on OpenVMS.

NXTware Remote, eCube’s modern Eclipse-based Distributed Development Environment, provides developers the tools to simplify and integrate their software engineering. The IDE’s suite of tools and best practices for Continuous Delivery, which automates much of the development process on VMS, will leverage eCube’s close relationship with the VSI to ensure users get the most out of their VMS investment.

“As part of our continuing commitment to improve OpenVMS, we are happy to announce this modernization seminar to inform OpenVMS developers on modern, agile and distributed development and deployment environments like NXTware Remote and NXTmonitor.” says Kevin Barnes, President of eCube Systems, LLC. “We hope that developers will use these modern tools on OpenVMS and realize its development environment is just as modern as any linux, Windows or Unix platform, with a more secure and fault tolerant environment. This environment will enhance the user’s ability to quickly and efficiently develop and extend valuable enterprise applications.”

The OpenVMS modernization seminar will be a limited capacity one day, hands on class that features a complete training on how to install and configure NXTware Remote, NXTmonitor and NXTera on OpenVMS and various client workstations. The training is intended for OpenVMS integrators, engineers and developers and will educate them on the advantages of Agile Development as well as advanced features of Eclipse and NXTware Remote. As part of the class, VMS developers will learn tips and tricks to speed up development for up to one hour a day, saving developers time and money. In addition, new developers will learn how to develop on OpenVMS without having to learn any DCL or infrastructure, enabling ISVs to hire college new hires to take over support and maintenance of their OpenVMS based applications.

If you have an interest in the Agile Development Environment, go to this link to register: http://ecubesystems.com/promos/jumpstart.html.

About NXTware Remote
NXTware Remote is an Eclipse-based Integrated Development Environment (IDE) that makes it simple for developers to write code and then compile and debug it remotely. Enterprise IT organizations doing strategic development in COBOL, FORTRAN, C, BASIC, PASCAL, and JAVA on a variety of platforms use NXTware Remote to develop on OpenVMS, Linux and Unix servers from Windows, MAC or Linux workstations.

About NXTmonitor
NXTmonitor is an Application Performance Management tools (APM) that makes it simple for operations to capture the developer's knowlege of complex applilation systems and manage it effectively in a Graphical User Interface (GUI). Enterprise IT organizations doing agile development on a variety of platforms can use NXTmonitor as a DevOPS solution to manage the performance of applications on OpenVMS, Linux and Unix servers.

About NXTera
NXTera is a fourth generation middleware based on the Entera Intelligent middleware from Open Environment and Borland. NXTera continues the Entera RPC middleware 3GL support for BASIC, COBOL and Fortran and adds support for new languages and platforms like Java and python, linux and OpenVMS. In addition, it supports new technologies like WebServices, JDBC and SOA architectures. It is supported on a variety of platforms such as OpenVMS, Linux and Unix servers from Windows, MAC or Linux workstations.

About Continuous Delivery and Best Practices for OpenVMS
Continuous Delivery and Best Practices for OpenVMS is a process designed by eCube to support modern development on OpenVMS. It combines 1.) the use of a modern IDE to support agile development and source code management system (SCM) to systematically improve quality and simplify activities that were previously complex and time consuming, 2.) automated build capabilities that can be triggered from the SCM and in turn can trigger automated testing and 3.) automated application testing and dependency management.

eCube Systems, LLC, is headquartered in Montgomery, Texas with marketing offices in Boston, MA and R&D in Montreal, Canada. For more information, visit us at http://www.ecubesystems.com or contact eCube Systems by email at ecube.sales(at)ecubesystems(dot)com or by telephone: 866-493-4224.