FirstCapital Bank of Texas has hired Don E. Cosby, former Co-Founder and CEO of Carlile Bancshares, Inc., as President of First Bancshares of Texas, the holding company for FirstCapital. 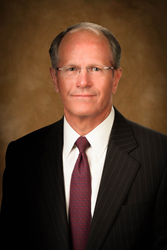 Don brings a lifetime of banking experience to FirstCapital and First Bancshares, with a vast and practical knowledge in running complex organizations.

FirstCapital Bank of Texas today announced the hiring of Don E. Cosby, former Co-Founder, President and Chief Operating Officer of Carlile Bancshares, Inc., as President of First Bancshares of Texas, the holding company for FirstCapital. In this new role, Mr. Cosby will be primarily responsible for the execution of new initiatives to help support ongoing growth.

“Don brings a lifetime of banking experience to FirstCapital and First Bancshares, with a vast and practical knowledge in running complex organizations,” said Ken Burgess, Chairman of FCBT. “As the banking industry undergoes unprecedented change at an accelerating pace, Don’s wisdom and steady hand will provide the guidance we need to serve our customers. I am excited to welcome him to our team.”

Mr. Cosby has more than 30 years of senior level leadership at Texas financial institutions. He co-founded Carlile Bancshares, Inc. in 2009, where he was instrumental in the acquisition of six commercial banks and a mortgage warehouse company. In 1996, he co-founded State National Bancshares, Inc. in Lubbock, TX, which chartered a de novo commercial bank and acquired nine banks during his tenure. Prior to this Mr. Cosby served as the CFO of Ford Bank Group in Lubbock.

“I’m thrilled to have the opportunity to join an experienced team and contribute to an organization that serves the state of Texas region with critical financial services,” said Cosby.

Cosby has served a number of charities and non-profits including the United Way and Ronald McDonald House.

About FirstCapital Bank of Texas

With headquarters in Midland, Texas, FirstCapital opened its doors for business on Nov. 17, 1998. FirstCapital is a locally owned and managed, independent community bank serving predominantly the people of West Texas, the Texas Panhandle and the Texas Hill Country with offices in Amarillo, Horseshoe Bay, Lubbock and Midland. FirstCapital Bank is committed to placing “You above all,” which means we place the well-being of our customers, team members and community above all else. We are here to help you achieve your financial, business and life goals and have the highest quality products and services to help you do just that.