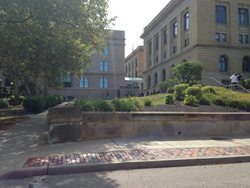 The first rule in jury selection is not to rely on stereotypes. While stereotypes can provide a good starting point, the potential juror needs to be questioned as to his or her particular beliefs and biases.

Ohio jury selection can be a daunting task. Approximately 35 people who live within the jurisdiction of that court walk into a courtroom. In a short time, an attorney must determine which potential jurors would be fair or favorable to his or her client's case.

The blog written by Attorney Daniel Gigiano discusses how to pick a better jury. The first rule in jury selection is not to rely on stereotypes. While stereotypes can provide a good starting point, the potential juror needs to be questioned as to his or her particular beliefs and biases. Stereotypes just do not work, as they are merely assumptions. A certain experience may shape one person, while being insignificant to another. One's occupation may not tell the whole story, either. One person's beliefs may have driven him or her to a job where they help people, and that they found that they absolutely adore helping people. Another person may have reached the conclusion that they really do not like the people they have been helping in their chosen profession. It is not difficult to see how those two different outlooks on the same profession can lead to very different viewpoints.

The second rule is to get right at what drives that person. Get right at the person’s experiences and beliefs. Most of the time, an attorney only gets a few questions per juror to determine this. This is usually divided into logical and emotional beliefs. Potential jurors will not only apply such logic to the facts of a case, but will also be driven by their emotions.

The third rule is ask jury questions that hit on values related to the case, without describing the case they will be hearing. The judge may not allow questions that are too similar to the facts of the case. Sometimes, an attorney can elicit feelings about a particular subject area or a piece of the case. The key is to try to hit the themes of the case or certain emotionally charged pieces of the case.

Attorney Daniel Gigiano was admitted to the practice of law in Illinois in 1993. He immediately began practicing as an assistant prosecutor working in a courtroom that focused on major traffic cases, such as DUI and driving under suspension, spending over one year focusing on the many issues in these cases. Attorney Daniel Gigiano then spent the next five years of his government practice working on misdemeanors, felonies, grand jury and preliminary hearings, juvenile delinquency cases, and abuse and neglect cases. In 1999, he was admitted to practice in Ohio. In 2000, he took his experience to a private practice in Wadsworth, Ohio. Attorney Daniel Gigiano has tried over forty criminal and civil jury trials to verdicts.