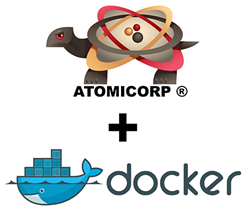 Atomic Secured Docker Kernels protect containers automatically. Developers don’t have to do a thing other than load the OS image or use the secure kernel

“The Atomic Secured Docker Kernel is about protecting containers from break-ins and break-outs. Few people understand that vulnerabilities at the kernel and OS layer are inherited by every Docker container on that system. By hardening the kernel, that kernel and OS level protection is inherited by all containers. The protection also extends to preventing container breakouts, application layer attacks such as memory corruption attacks, buffer overruns, overflow attacks, code reuse attacks, and much more. Docker has quickly become widely used in production environments, but security hasn’t kept up. Atomic Secured Docker Kernels protect containers automatically. Developers don’t have to do a thing other than load the OS image or use the secure kernel,” said Scott Shinn, Atomicorp chief technology officer.

Atomicorp CEO Mike Shinn added, “Docker security has emerged as an important enterprise risk factor. 451 Research estimates that Docker container spending will reach $2.7 billion by 2020 and is growing at a 40 percent compound annual growth rate. The firm also found that 14 percent of organizations were using Docker in production. The problem is that few developers understand that containers are very vulnerable to bottom-up, top-down and lateral cyber attacks. And, the risks are very different from virtual servers where functions are actually isolated. Atomicorp creates umbrella protection for Docker containers by using the kernel to prevent malicious activity from occurring or replicating. It all happens in the background so the developers and application managers don’t have to worry about it. They are automatically protected.”

The kernels are also rebootless and enable a virtual patching approach so you don’t need to modify containers to update protections or reboot the system to update the kernel. Atomic Secured Docker Kernels are in use today at Fortune 500 companies and are suitable for small businesses as well as large enterprise. The hardened kernels are designed for automated protection with low overhead requirements so performance is nearly identical to a standard, unprotected OS image.

About Atomicorp
Atomicorp provides automated cybersecurity protection for everything running on Linux on any device. More than 1,000 organizations trust Atomicorp products to protect over 20,000 servers and IoT devices. Atomicorp provides the industry’s leading WAF Rules set for Modsecurity, the most trusted Linux server protection with Atomic Secured Linux and the only high performance, production-ready secure kernel for Docker containers. Founded in 2015 and headquartered in the Washington, DC area, Atomicorp serves diverse customer needs in cloud, virtual and dedicated systems across large enterprise, small and mid-sized business, government and hosting providers. For more information, visit: atomicorp.com