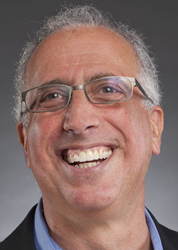 Gellman who, prior to Esurance, led digital marketing at Wells Fargo, said joining Credible will allow him to pursue his goal of helping a consumer-centric growth-stage company realize its potential.

"Credible's mission of helping consumers make smarter financial decisions is enormously appealing to me, and the opportunities for scaling the company's business are exciting," Gellman said. “The disruptive approach to student lending -- where Credible provides clear choices and active guidance -- has tremendous potential to extend to other financial services categories.”

After launching as the first personal finance marketplace to provide instant, personalized offers for student loans, Credible expanded its offerings to include personal loans, and this month announced the pilot of its credit card marketplace. In the first half of 2017, more than 80,000 people qualified for loan offers through the Credible marketplace.

Credible founder and CEO Stephen Dash said satisfied consumers have become advocates, helping fuel growth by spreading the word that Credible empowers them to make smarter, faster and easier decisions while retaining control over sharing their personal information with lenders. On average, borrowers who refinance their student loans through Credible save more than $18,000 over the life of their loan.

"Credible has established that our core values of transparency, simplicity and choice are widely appreciated by millennials," Dash said. "We’re excited to welcome Alan to our team -- we share a vision for doing the right thing by consumers, and Alan’s experience is both significant and highly relevant.”

In his most recent position as chief marketing officer at Esurance, a leader in the self-directed insurance market, Gellman was named one of “The 50 Most Innovative CMOs in the World” by Business Insider. His appointment follows an announcement earlier this month that Ron Suber joined Credible as executive vice-chairman and a member of the board of directors.

About Credible
As a multi-lender marketplace that allows borrowers to receive competitive loan offers from its vetted lenders, Credible empowers consumers to take control of their finances. After answering a few questions about themselves, consumers can receive rates without affecting their credit score or sharing their personal information with lenders until they're ready to proceed with an offer.

Credible is fiercely independent and committed to delivering fair and unbiased financial solutions for millennials.