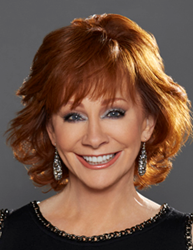 The Cowgirl Museum’s 2017 Hall of Fame Inductees and the recipient of the Museum’s Gloria Lupton Tennison Pioneer Award are remarkable role models.

The National Cowgirl Museum and Hall of Fame will induct five women into its Hall of Fame at its 42nd Annual Induction Luncheon and Ceremony on Tuesday, Nov. 21, 2017. They have been chosen because their lives exemplify the courage, resilience and independence that helped shape the American West. For the first time since 2012, the museum will present the Gloria Lupton Tennison Pioneer Award, which recognizes an individual who has pioneered new approaches to public service in the areas of business, law, sports, the arts or humanitarian causes.

Red Steagall, entertainer, and Deborah Ferguson, NBC 5 Today Anchor, will co-host the celebratory affair at the Will Rogers Memorial Center, beginning at 11 a.m. with a champagne reception. Individual tickets will go on sale on Monday, Oct. 9.

“This year’s remarkable Inductees will be fitting additions to the Hall of Fame,” said Patricia W. Riley, executive director of the Cowgirl. “Currently, we have 228 Honorees — artists and writers, champions and competitive performers, entertainers, ranchers, trailblazers and pioneers.”

“We’re all inspired by Ann Romney’s innovative approach in using horseback riding to fight her MS and by her work to find a cure for the disease,” Riley said.

Established in 1975, the National Cowgirl Museum and Hall of Fame is the only museum in the world dedicated to honoring women, past and present, whose lives exemplify the courage, resilience and independence that helped shape the American West. The museum is located at 1720 Gendy Street, Fort Worth, Texas 76107. For information, call 817-336-4475.

National Cowgirl Museum and Hall of Fame, Fort Worth, Texas