Do or Do Not. There is No Try When it Comes to Checking Out the Design By Humans Episode VIII Force Friday T-Shirt Release for Star Wars: The Last Jedi.

Listen to Luke Skywalker's message and "reach out" and grab an awesome Star Wars: The Last Jedi style during the product release date, Force Friday! Design By Humans is thrilled to offer an out-of-this-world selection of Episode VIII T-Shirts from its Officially Licensed Star Wars Store. 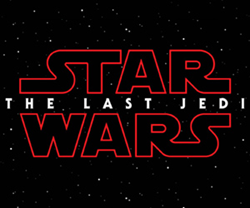 Get your star wars t-shirts, before they disappear with the rest of the Jedi.

Luke Skywalker’s haunting words, “I only know one truth: It's time for the Jedi...to end” has generated troubling yet thrilling anticipation for the release of the second film in the Star Wars sequel trilogy, The Last Jedi. Fans across the galaxy are working to uncover the meaning behind Luke’s message and Design By Humans is ready to help with the release of officially licensed Star Wars: The Last Jedi merchandise on September 1st, Force Friday!

Be one of the first Star Wars fans to catch a glimpse of the select designs being offered by Design By Humans on Force Friday: the first day Last Jedi merchandise is available to the public for purchase. Force Friday continues to build the excitement for the release of the film on December 15th 2017. Director, Rian Johnson, who wrote and directed Looper and episodes of Breaking Bad, has fans preparing for an epic return to a galaxy far, far away.

Design by Humans is excited to add original Star Wars designs daily, as a build up to the much-awaited Force Friday product release date, when fans will have their first chance to purchase Last Jedi t-shirts, hoodies, tank tops, and more! So whether you are in search of an old favorite like a Jabba the Hutt design or a Boba Fett creation, or you’re just ready to browse the new art offered for Last Jedi apparel, you’ll be sure to find all the best Star Wars designs right here: https://www.designbyhumans.com/shop/StarWars/.

Be prepared for new Last Jedi characters to make an appearance for the first time, as well as, old favorites like Kylo Ren, Rey, Finn, Chewbacca, Captain Phasma, and more. It’s important to find a Balance in your wardrobe, so be sure to get a few designs from the Dark Side, as well as, a few from the Light Side! So whether you’re a Stormtrooper admirer or a Poe Dameron wannabe, DBH has something for everyone. Rebels and members of the First Order may not have a lot in common, but they can all appreciate the awesome Star Wars designs being offered to the DBH community! Some designs, sold exclusively, will not be available anywhere else! So feel the force of these awesome new Star Wars: The Last Jedi designs before it’s too late: https://www.designbyhumans.com/shop/star-wars-the-last-jedi/.

To all the Star Wars fans who have been waiting for this since the moment they saw The Force Awakens’ credits in the theater last year…the wait is finally over! Brent White, Lead Front Jedi End Engineer, recommends everyone “Get your star wars t-shirts, before they disappear with the rest of the Jedi.”

About Star Wars:
The Star Wars franchise came to a movie theater far, far away in 1977 and the world has never been the same! The beloved space odyssey that started with films like A New Hope (1977), The Empire Strikes Back (1980), and Return of the Jedi (1983) has opened the door for continued sagas like The Force Awakens and, now, The Last Jedi. The age-old struggle between good and evil has taken on galactic proportions in Star Wars and it continues to awe and inspire fans every day.

About The Last Jedi:
The newest chapter in the Star Wars story opens on the secluded island of Ahch-To, where Rey has tracked the missing Master Jedi, Luke Skywalker. Will Rey convince Luke Skywalker to help her and the Resistance fighters against the evil of Kylo Ren and the First Order? Find out with the release of amazing designs on Force Friday!

About Design By Humans:
Design By Humans offers a platform for artists, gamers, and YouTubers to create and showcase their unique artwork as phone cases, wall prints, and fashionable tees, tanks, and more. With 10 years of experience, Design By Humans has woven a shared spirit that thrives on designing vibrant and meaningful art. To learn more about the vision, please visit: https://www.designbyhumans.com/.

DBH works to build an environment that respects collaboration, quality, integrity, and the entrepreneurial spirit. The DBH Collective is inspired by the comical as well as the abstract, the imagined and the concrete; and works to create innovative art that is an expression and a reflection of today’s society.

We are gaming fiends, cat-enthusiasts, and pop culture fanatics. Most importantly, however, we are a passionate team of independent creators who buzz for the next buzz word, whistle as we work, and create designs that inspire the next generation of trendsetters from around the world.