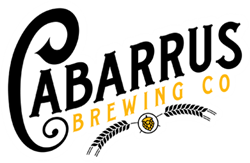 VBC showcases the ability of the technology to extract more flavor more quickly from the locally sourced S&D Coffee allowing extraction time to be reduced 80% while also providing superior flavor.

Hydro Dynamics, Inc. (HDI) would like to announce the installation of its hop ShockWave Xtractor™ extraction technology at Cabarrus Brewing Company (CBC) in Concord, NC. Vanilla Coffee Blonde (VCB) was the first CBC beer made commercially with the technology. VBC showcases the ability of the technology to extract more flavor more quickly from the locally sourced S&D Coffee allowing extraction time to be reduced 80% while also providing superior flavor. The technology also allows for faster production, improvements and efficiencies in CBC’s other beers.

Established in 2015, Cabarrus Brewing Company is located on the grounds of the historic Gibson Mill near downtown Concord, NC. CBC strongly embraces the local Cabarrus County history and community. Doug Mancosky, VP of R&D at HDI stated, “We are thrilled that Cabarrus is home to our first unit in the great brewery state of North Carolina. In a short period of time, the team at Cabarrus has built a world-class brewery that is ingrained in the local Concord community and we’re excited to be part of it.”

Hydro Dynamics, Inc. is located in Rome, Georgia and is the developer and manufacturer of the cavitation based ShockWave Xtractor™ Technology. The ShockWave Xtractor™ equipment uses the physical phenomenon of cavitation, normally known as destructive force, and harnesses it to solve critical industrial mixing, extraction and heating problems. The technology can now be found on five continents in applications ranging from biodiesel production to hops extraction for beer. Learn more at: http://www.hydrodynamics.com.