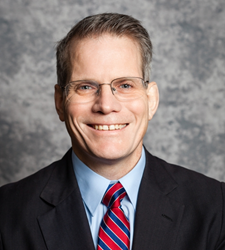 "In a 2002 series of articles, Michael Rezendes and his colleagues on “The Boston Globe’s Spotlight’” team did the Catholic Church—and, by extension, society at large—a great service in bringing greater light to the problem of sexual abuse by some priests in the Church,” says Thomas Nash, an acclaimed journalist, apologist and author of the new book, “What DID Jesus Do?: The Biblical Roots of the Catholic Church.”

“In Spotlight’s new report, Rezendes brings important attention to the scandal of priests’ fathering children,” says Nash. “Yet,” Nash adds, “he makes several important missteps, including not correcting a “CBS This Morning” report that labels such children ‘illegitimate’ (1:15ff.). The Church doesn’t teach these children are illegitimate, nor should anyone else label them as such. All children are created in the image and likeness of God. What is truly illegitimate—and indeed scandalous (cf. CCC 2284-87)—is when errant priests betray their obligation to ‘observe perfect and perpetual continence for the sake of the kingdom of heaven,’ father children and don’t take responsibility for them” (CIC, canon 277.1).

“In this light, we see that Rezendes does something unfortunately common among journalists: Failing to note that not simply celibacy (refraining from marriage) but also continence (abstaining from sex) are required of priests throughout the world,” says Nash. “And these norms are well-known among priests and priestly candidates, contrary to what Rezendes conveys (4:42ff.), the cultural aberrations in some locales notwithstanding.”

“The only exceptions,” Nash adds, “regard some married Protestant ministers who have become Catholic and seek to become priests, and also Eastern-Rite Catholic priests who are permitted to marry before their ordination.

“And both Rezendes in his Spotlight coverage, and both he and the CBS This Morning team in their exclusive interview with him, fail to explain—even briefly—that the Church’s discipline of clerical celibacy calls men to be “spiritual fathers” of many children (young and old), that this discipline was and is encouraged by both Jesus Christ (cf. Matthew 19:10-12) and St. Paul (1 Corinthians 7:25-40), and that, with God’s grace, celibacy is joyfully lived throughout the world by a multitude of priests.

“Rezendes also missteps,” Nash says, “in saying that ‘after all these years of having to confront the problem, the Vatican has still not come up with a set of policies for dealing with the problem of clergy sexual abuse’” (5:22ff.).

“That’s simply not true,” says Nash. “For example, per Church policy, the Vatican approved norms the U.S. Conference of Catholic Bishops first issued in 2002, and which have been implemented with increasing effectiveness. Also, in 2001, Pope St. John Paul II issued guidelines encompassing this grave wrongdoing, noting that the Church has long had such norms. (Obviously, enforcement must be vigilant worldwide).”

“Further, while Rezendes is definitely right in saying the Church must always help children fathered by priests,” Nash says, “he is mistaken in claiming that the Vatican has failed to establish polices that ‘give some bishops a little bit of guidance on what to do when they learn one of their priests has fathered a child, because right now they have no guidance" (3:39ff.).

"Again, while enforcement of norms is paramount, what Rezendes asserts is simply not true,” says Nash, “and not befitting a Pulitzer-Prize-winning journalist. “The Code of Canon Law,” issued in 1983, and which continues longstanding Church policy, specifically addresses clerical sins regarding the Sixth Commandment, i.e., regarding sexual sins that include fathering a child, and says such a priest should be suspended from clerical ministry” (CIC, canon 1395; cf. canon 277.3).

“Having served the Church for many years,” Nash concludes, “I know these norms have been—and continue to be—enforced, which certainly doesn’t excuse when they haven’t. As Cardinal Sean O’Malley of Boston says so well, a priest who fathers a child must step away from his priestly ministry to care for the needs of the mother and their child; and the Church should assist all concerned in the process. When such priests remain in the pulpit, it only compounds the scandal, as the lay faithful—sooner or later—will realize in a very significant way that Father hasn’t practiced what he’s preached.”

Nash is a Research Associate at Ave Maria Radio, a Contributing Apologist for Catholic Answers and a Contributing Blogger for the “National Catholic Register.” He has an M.A. in Theology from Franciscan University of Steubenville and an M.A. in Journalism from the University of Missouri. He has served the Catholic Church professionally for more than 30 years, including as a Theology Advisor for the Eternal Word Television Network (EWTN).