Author Joseph Mirra’s newly released “End Times” is a collection of poems that show the disconnect between modern man and God.

“End Times” from Christian Faith Publishing author Joseph Mirra is a series of poems that illuminate the current state of man’s relationship with God. 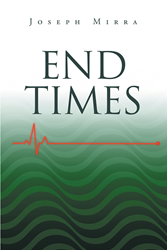 “End Times”: a collection of vivid poems that deal with the disconnect between modern man and God. “End Times” is the creation of published author, Joseph Mirra.

“We’re building up extraordinary debt,
That everybody knows no one can pay,
And when someone suggests that it be met,
Some other time is what we always say.
To plead for mercy might bring some relief,
But only if we’re not too proud to plead,
Or lacking in the requisite belief
In One above who’ll answer to our need.
Into the ground as days go by we’re beat,
Yet won’t acknowledge where salvation lies;
Whence came the needed manna and the meat,
Providing strength to help the weak arise.
The pot of gold is at the rainbow’s end;
God’s arms are holding more than we can spend.”
-Joseph Mirra

Published by Christian Faith Publishing, Joseph Mirra’s new book tackles several themes across a large series of poems that address the relationship between human beings and God. The struggles people deal with each day adhering to Christ’s teachings are dealt with over a series of poems.

These works show modern society as adrift from the moorings of natural law. But above all, these poems display the new life that emerges from God’s love for creation.

For additional information or inquiries about “End Times,” contact the Christian Faith Publishing media department at 866-554-0919.