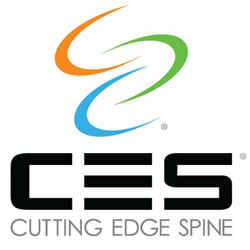 The secret to achieving success with change is to focus all of your energy, not to fighting the old, but building the new; and this is exactly what CES has been doing from day one.

His main objective will be to inform agents and surgeons about CES’ commitment to long term success as CES expands its distribution efforts nationwide in addition to offering the broadest platform of novel inter body solutions in the entire world within the next six months.

Luke Maher joins the CES team at an inflection point in the company’s lifecycle.

“As CES has been focused on future development, and will be bringing four additional inter body systems to market in the next six months,” says Randy Roof, President and Founder of CES, “we are very pleased that an individual with Mr. Maher’s experience and documented success in building successful distribution networks within this arena has come on board to lead our efforts in building broad scale distribution in the U.S; the logical next step for us.”

“I'm excited about the opportunity of positively impacting such an exciting organization and most importantly working with a team that I respect both professionally and personally,” said Luke Maher. “The secret to achieving success with change is to focus all of your energy, not to fighting the old, but building the new; and this is exactly what CES has been doing from day one.”

Cutting Edge Spine will be exhibiting at the North American Spine Society (NASS) in Orlando, Florida October 25 – 28, 2017 in Booth #331.

About Cutting Edge Spine
Founded in 2009, Cutting Edge Spine (CES) is a privately-owned spine organization headquartered in Waxhaw, North Carolina. The company was built on the conviction that hospitals, payers, and patients deserve more value for their money. CES is future ready, developing and marketing highly differentiated implant systems that meet the clinical and economic demands of today’s marketplace. CES’ testimony to its commitment to its founding principles is the development of the EVOS-HA, a revolutionary lumbar interbody system that combines two proven biomaterials, PEEK-OPTIMA and Hydroxyapatite, to enhance fusion. The company possesses 3 FDA approved proprietary technologies.