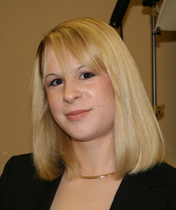 Florida will always be a place for leisure and relaxation, and that is never more true than during the summer. Half-day Fridays, work holidays and coveted vacations only add to the lifestyle. Unfortunately, too many carefree attitudes can lead to serious danger, as evidenced by the amount of pedestrian accidents occurring throughout Florida.

Tampa Bay is the second most dangerous area to walk in the United States, according to the most recent data from Smart Growth America. Within Tampa Bay, Hillsborough County is by far the deadliest county for pedestrians. In 2015, there were 51 pedestrian deaths, an all-time high. 2016 saw a reduced number, 39 fatalities, but still one of the highest pedestrian fatality rates in the U.S. Pedestrian deaths in other Tampa Bay area counties remained steady in 2016.

According to a study by the Northwest Florida Daily News, 2016 was a particularly deadly year for the Emerald Coast area as well. The area suffered more pedestrian deaths per 100,000 than any other meotropolitan area in a 2016 study called Dangerous by Design, which revealed the nation’s top 10 most dangerous metropolitan areas for pedestrians. In Walton County alone, which has a population of just 66,000, four pedestrians were killed, putting the pedestrian death rate at 6.07 per every 100,000.

The spike in pedestrian fatalities extends well beyond Florida. A report released by the Governor’s Highway Safety Association revealed that the number of pedestrians killed by motor vehicles jumped 11 percent nationwide in 2016.

Even when a pedestrian survives, these accidents can be serious, leaving victims with hundreds of thousands of dollars in medical bills. Often, those who have fallen victim to the carelessness of these drivers are unsure of how to seek compensation for their injuries. “Everyone tells you what to do in an accident if you’re in the vehicle; no one tells you what to do if you’re outside the vehicle, either walking, jogging or on a bicycle.” said Sarah Raaymakers, an accident attorney at Carlson, Meissner, Hart & Hayslett, P.A. The firm handles in personal injury cases, including pedestrian and bicycle accident cases.

Raaymakers recommends reaching out to a lawyer as soon as you have been injured in an accident. “The sooner we begin working on your case, the sooner we can obtain the compensation you deserve.”

If you or someone you love has been injured in a pedestrian accident, contact Carlson, Meissner, Hart & Hayslett at (877) 728-9653 or via email. For more information, visit CarlsonMeissner.com.