Pet Insurers Must Open Their Eyes to the Power of Social Petworking, Says Aquarium Software 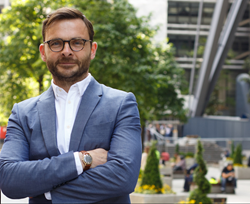 The ability of pets to bring in large audiences in recent years has been latched onto savvy companies.

As pets have an increasing social media presence, technology specialists Aquarium Software suggest pet insurance businesses should take advantage of this craze when it comes to attracting a new audience. Survey data has demonstrated the power of the new phenomenon of ‘social petworking’, in which more pets than ever have their own social media accounts in the US and UK; many pet social streams attract major audiences and significant revenue for owners.

US and UK pet insurance companies have yet to take full advantage of such social media ‘petworking’ in their campaigns, suggests Aquarium Software, despite pets’ success in gaining mass markets. ‘Animal influencer’ (as now referred to), the Pomeranian Boo - labelled ‘The World’s Cutest Dog’ - now has over 17 million likes on Facebook, and has landed brand deals with several large companies, such as Virgin America as its new airline ambassador. Indeed, research from Sainsbury’s Bank Pet Insurance showed that 52 per cent of cat and dog owners say they would describe their pets as their “best friend”, adding fuel to Aquarium’s own YouGov survey, finding that 69 per cent of people agreed their pet was ‘just as important as a family member.'

“The latest research data highlights the implicit connection between the emotional bond of pets and humans and the rise of ‘social petworking’, in that many people would prefer to be sold products from a furry friend than a human model,” says Aquarium VP Sales and Marketing, Mark Colonnese. “The ability of pets to bring in large audiences in recent years has been latched onto savvy companies such as Mercedes-Benz and Google and we believe pet insurance companies should take a leaf out of their books.”

Owner of Chloe, the mini French bulldog with 173,000 Instagram followers, summed up her success by stating that “brands are starting to reach out because they make people genuinely happy” and psychologist Glandeana McMahon from Sainsbury’s Bank Pet Insurance asserted that this process can be explained by humans increasingly ‘humanising’ their pets. Aquarium Software suggests that ‘humanising’ animals and creating personalities through social media, such as Grumpy Cat, (the sad-looking cat born with feline dwarfism) can attract and engage with audiences on a huge scale.

“A new space in the market has now been filled by these furry social influencers, and pet insurance now have a great opportunity to jump on board by creating a social media presence of these cute animals. Whilst this kind of marketing might not come naturally to insurers, early adopters could corner a lucrative slice of business,” concluded Mark.

Notes to editors
Aquarium Software’s specialist pet insurance solution spanning: rating, policy admin, billing, claims and mobile apps has been implemented by a number of insurers around the globe. For further information contact Aquarium Software on +44 (0)161 927 5620 or visit http://www.aquarium-software.com

UK field research
All figures, unless otherwise stated, are from YouGov Plc. Total sample size was 2,040 adults, of which 998 were pet owners. Fieldwork was undertaken between 5th - 6th April 2017. The survey was carried out online. The figures have been weighted and are representative of all GB adults (aged 18+).