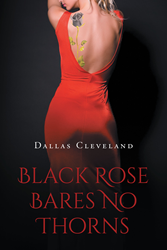 When a reputable local news reporter covering a public interest story stumbles upon a shady land deal, he winds up slain in a convenience store parking lot. While the shadow of his murderer originates in the dark, dangerous underbelly of Richmond’s inner-city streets, a murky trail leads right up to some very prominent and influential members of the city hall. When all hope appears lost, Dexter Carrington, a handsome, renowned attorney, is asked to step in and defend what may be one of the most dangerous cases he has encountered yet.

Driven by ambition and a powerful lust to win, and win at any cost, Dexter takes on the case. However, Dexter is troubled by skeletons from his past, battled with inner demons and psychopathic murderers that surface along the way, making his life a living hell. Many women have also paraded in and out of Dexter’s life, searching for relationships, pressuring him for the pleasure of his enormous manhood, preventing him from ever experiencing true love.

Still, like a rare and precious black rose, Dexter manufactures his relationships pretty much in the same way; however, he still has strong Christian morals and beliefs despite being weighed down by numerous women hopping in and out of his bed, while also struggling with ethical odds with his best friend, Marcus, a notorious drug dealer. Their longtime friendship is tested time and again, causing conflict for Dexter, knowing Marcus’s shady business. Also, there’s a baby momma that has a strong interest for interracial relationships, causing Dexter to feel betrayed by the one woman he thought he could trust.

Dexter must decide whether to honor his oath to his corrupt client while clinging to the attorney privileges or do what he feels is morally right as an innocent man’s life dangles in the balances. Will Dexter find it all too much for him to bear, or will he add another notch to his belt?

Published by New York City-based Page Publishing, Dallas Cleveland’s steamy drama takes the reader from the streets to the courtroom with many romantic encounters in between.