Author Jason N. Mckown’s New Book “Nature’s Wrath” Is The Potent Tale Of A Genetic Experiment That Goes Horribly Awry And Threatens To Destroy Every Species In Its Path

Recent release “Nature’s Wrath” from Page Publishing author Jason N. McKown the spellbinding story of a group of scientists searching for a solution to the ubiquitous problem of rodent infestation. After creating a genetically manipulated hybrid and releasing it into the environment, it becomes clear that the scientists are no longer in control and the military is deployed to combat the new plague. 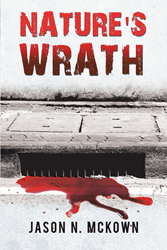 Jason N. McKown, a freelance contributor to a small-town newspaper in central Nebraska, has completed his debut novel “Nature’s Wrath”: a gripping thriller pitting murderous artificially produced organisms against humankind and many native species.
In 1989, a group of highly skilled scientists in a specially-designed high-security laboratory complex in Louisville, Kentucky, create a genetically engineered species by splicing together cells harvested from cicadas, earthworms, and African mosquitoes. In early spring 1990, the species is released in the name of rodent control, but when it turns on man and beast, things get ugly, and the military is deployed to stop the killer plague. What happens after the military operation sends a new wave of fear over a medium-size town just outside of Omaha, Nebraska, as a new species, far more dangerous than the bloodsuckers, attacks and kills anybody near it. What happens to the main character, Tony Richards, his cousin James Bledsoe, and three other people associated with them is horrific as they must confront the danger head-on. In the wake of the second incident, the laboratory complex is forced to shut down when dark revelations surface regarding far more sinister and disturbing activities taking place within the facility’s walls.

Published by New York City-based Page Publishing, Jason N. McKown’s suspenseful tale was inspired by the famously cloned Scottish Sheep, Dolly, in 1997, raising questions about the moral and ethical implications of interfering with the balance of nature.

Readers who wish to experience this engrossing work can purchase “Nature’s Wrath” at bookstores everywhere, or online at the Apple iTunes store, Amazon, Google Play or Barnes and Noble.