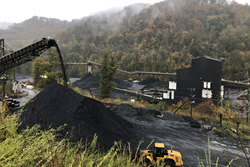 American Resources Corporation (OTCQB: AREC), through its wholly owned subsidiary Quest Energy Inc. and McCoy Elkhorn Coal LLC, has received federal approval from MSHA to take extended cuts on its first super section at McCoy Elkhorn’s Mine 15. The approval allows for an increased cut depth from 20 feet to 32 feet within the Glamorgan/Millard coal seam. Production from Mine 15 is belted directly into Quest Energy’s McCoy Elkhorn Coal Bevins Branch processing and load-out facilities, enabling cost-effective logistics, processing and blending capabilities and sold in the HV B metallurgical markets.

“We are very pleased with the timing of this approval from MSHA as we received it earlier than anticipated and enables us to further enhance our efficiencies at our McCoy Elkhorn operations,” stated Mark Jensen, CEO of American Resources Corporation. “Additionally, we’re proud of our strong working relationship with federal and state regulators, and our team prides itself on operating under a culture of safety and efficiency.” “This approval also exemplifies how we strive to be one of the lowest-cost producer in the metallurgical and specialty coal market.”

American Resources Corporation will continue to identify other areas of operational efficiency in its continuing goal to be one of the lowest cost operators in Central Appalachia and throughout all its coal mining, processing, and transportation operations.