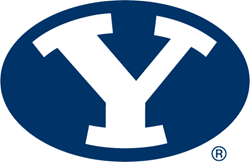 Both BYU and Republic care a lot about bringing families and people together in positive ways, and athletics offers shared passion points for people to connect.

“We welcome Republic Wireless as our newest sponsor,” said Casey Stauffer, BYU general manager of athletic corporate sponsorships. “Republic is recognized in its industry not only for innovating the consumer wireless experience, but for taking a unique approach to keeping people better connected. We’re excited to work with Republic Wireless to develop moments during the fan experience that embody this spirit of authentic interaction."

“Republic is always looking for new and unique experiences that connect communities—and our members,” said Chris Chuang, co-founder and chief executive officer of Republic Wireless. “Additionally, BYU’s family centric culture is a big appeal. Both BYU and Republic care a lot about bringing families and people together in positive ways, and athletics offers shared passion points for people to connect. This is a dynamic partnership that will allow for engagement with BYU sports fans and its broad nationwide alumni network. We look forward to being part of this special connection.”

BYU was founded in 1875 and began competing in intercollegiate athletics in 1895. The Cougars have won 12 national titles in football, men’s basketball, women’s cross country, men’s volleyball, men’s golf and men’s track & field. In addition, 81 BYU student-athletes have captured NCAA individual national championships and more than 1,650 student-athletes have been named All-American.

Cougar football is No. 5 in total wins (357) among all FBS teams over the past 40 seasons, while BYU football players have captured 15 major national awards, including the 1990 Heisman Trophy won by quarterback Ty Detmer. A total of 12 Cougars have been named national athlete of the year in eight different sports and 368 have been named conference athlete of the year.

Recognized for offering the best basic plan by MONEY Magazine, a top pre-paid carrier choice by Consumer Reports and for excellence in user satisfaction by PC Magazine, Republic Wireless is on a mission to provide remarkably simple and affordable ways to stay in touch with anyone, anywhere, in any way. Headquartered in Raleigh, North Carolina, Republic Wireless leverages the power of both WiFi and nationwide cellular networks and gives consumers the ultimate flexibility to manage costs. The service uses WiFi in the home, office or anywhere else as the primary network for calls, texts and data. When outside of WiFi coverage, the smartphone works just like a typical smartphone on the cellular networks of national GSM and CDMA carriers. For more information. Media resource center here.