CEO of Softtek USA Named Among Most Influential Latinos 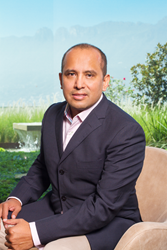 It is an honor to be included in a list of such influential Latino leaders that have made a prominent mark in their respective fields.

Softtek, the leading global IT services provider dedicated to creating value through technology, today announced the company’s CEO for USA, Marcos Jimenez, has been named to Latino Leaders Magazine’s Top “101 Most Influential Latinos in 2017.”

With a career of more than 20 years at Softtek, Marcos has been a key contributor in expanding the company’s client portfolio in the US, while playing a major role in its global expansion across the Americas, Europe and Asia.

“It is an honor to be included in a list of such influential Latino leaders that have made a prominent mark in their respective fields,” stated Jimenez. “Softtek, global company with Latin roots, is playing an increasingly relevant role in helping organizations thrive in the digital world. I am proud to take part in expanding that story.”

As stated in in the 2017 July-August edition of Latino Leaders Magazine, the evaluation of the “101 Most Influential Latinos” includes factors such as “how many people are impacted or affected by his or her decisions, and the actions made to advance Latinos in every aspect.”

Marcos is a board member of the USMCOC and the Pan American Development Foundation (PADF). He has been recognized as one of the 100 Most Influential Hispanic IT Executives in the U.S. by HITEC (2012-2016). He was ranked in the top positions in Nearshore Americas’ 2011 Power 50 list, and his thought leadership has been featured in the US-Mexico Chamber of Commerce’s (UMCOC) monthly magazine, The Alliance.