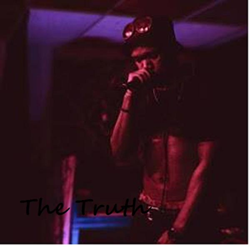 TROOF Da God recently released the first official single off his project "Angel Dust EP" titled "The Truth". "The Truth" is currently available to stream and download through Coast 2 Coast Mixtapes. The official video for "The Truth" also now available on Youtube. The video was primarily shot on a busy Columbus highway, but danger has always inspired and motivated TROOF.

Clifton A. Curtis II, better known by his fans as TROOF Da God, is an up-and-coming Hip-Hop artist from the metropolitan city of Columbus, Ohio. TROOF has won a number of accolades over the past few years including a first place win at the Ohio edition of Bridging the Music showcase in 2016 as well as taking second place at one of the recent Coast 2 Coast LIVE showcases.

His latest self released project, "Holy Lit EP" contains 5 songs and is currently available on Datpiff and Soundcloud. Most of TROOF Da God's music is upbeat and highly energized with themes surrounding fun, freedom, and artistic passion. With songs like "Break V Law", his "Grunge Trap" genre becomes areality. He is currently working on his next project which is scheduled to be released in the early fall. He also started Real iLL, a collective movement of artists from many backgrounds with the shared purpose of promoting positivity.