Draken International, a global leader in advanced adversary air services, was ranked as the 90th fastest growing private company in the US on Inc. Magazine’s 2017 Inc. 500 list. 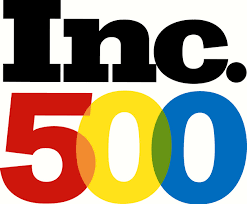 The company achieved stunning 3-year revenue growth of over 4,000% to earn a spot in the top 100 on this prestigious annual ranking.

Draken provides a range of contract air services to the Department of Defense and international allies, with services including airborne adversary support, flight training, threat simulation, electronic warfare support, aerial refueling, research, testing, and other missions. With a strategy based upon “build it, and they will come,” Isaacman and his team of military veterans have dedicated the last six years traveling the world in search of safe, credible, and capable aircraft to answer the growing global demand for commercial air services. As a result of these efforts, the company now boasts the largest privately owned fleet of fighter aircraft in the world with over 80 fighter jets including Mirage F-1s, Douglas A-4s, Aero L-159s, and MiG-21s, among other aircraft.

Over the past 21 months, Draken has dramatically ramped up its capabilities and overall missions. As the largest flying organization at Nellis Air Force Base, Draken operates a fleet of 22 L-159s and A-4s, logging over 3,400 flying hours in support of combat training. If supporting Weapons School, Red Flag exercises, and Operational Test missions wasn’t enough, Draken continues to be a leader within the commercial air service industry, performing simultaneous operations which include a permanent presence in France and deployments to Luke AFB, Leeuwarden Air Base (The Netherlands), MCAS Cherry Point, and MCAS Yuma.

Draken CEO Jared Isaacman is no stranger to the Inc. 500 list. His first company, Lighthouse Network, LLC has made six appearances on the list (under the company’s original name United Bank Card), including five consecutive appearances with #6 and #19 positions in consecutive years.