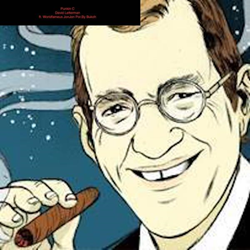 Memphis up-and-comer Punkin C is back with his latest single, "David Letterman". The new single is currently available to stream and download on Coast 2 Coast Mixtapes.

About Punkin C: Calvin Maclin, also known as Punkin C, is a developing artist coming out of Memphis, TN. He's been honing his craft as an artist since 2014. He was encouraged by peers after being told by many different people that he had a talent for constructing lyrics. Becoming an artist was not Punkin's original dream while growing up. He initally wanted to be a professional football player, but he could not deny his skill and passion for creating music. He was further motivated to pursue his music career when a class assignment involved writing poems ands raps and he recevied much praise by his teacher and clasmates. Growing up in a household where old school R&B was played most frequently, he developed a deep appreciation for that style of music, but Hip-Hop has always been his first love. This doesn't prevent Punkin from appreciating and drawing inspiration from various other genres including Blues, Rock, Jazz and even a little Reggae. Whether it was listening to an instrumental or his favorite local artists Playa Fly and Project Pat, music had become both an escape and a form of meditation for him.

Once he decided to officially begin molding himself as an artist, choosing a name was the first step. The "Punkin" moniker was a name given to him by his Great Grandmother. He never really liked being called it as a child but as time passed the name grew on him and he felt it only would be right to adopt it as his performance name. His best friend is one of his biggest supporters and would constantly remind Punkin how talented he was an artist. He believed in him so much that he would go on to become his manager and began to dedicate his time to support Punkin C's movment. On The Stage Entertainment is the name of the company they formed together, with Punkin C being their first artist. Starting out, Punkin C lacked many of the resources to complete his first mixtape, including in-house production and engineers. His first project, "Chronicles of a Mac", was his introduction to the music industry. Although it wasn’t perfect and the sound quailty was lacking, Punkin C put his all on those tracks and gained an audience despite the unpolished sound of the project. Several singles have gained popularity among his fans including, “P***y Talk” and “Wasup wit It”. He soon began performing at local clubs around the city and shot several videos for singles off this project. The experience of making this project only pushed Punkin C to work harder as an artist and that’s just what he did.

The name of Punkin C’s upcoming project is “No Credit” and he is ready for the world to see how much he’s grown since his last project. He has been focused on bettering himself as a songwriter and has started working with a couple local producers such as Bukoh and Sly Austin to develop higher quality music. The first released single from “No Credit” is “David Letterman” and it has received nothing but great reviews. Punkin C recently performed it at his third performance at one of Coast 2 Coast LIVE's artist showcases, where he placed second overall. Though he had his eye set on the # 1 spot but to go from not placing at all the first time, to 3rd place, and this last placing 2nd was great motivation that he is doing right by his artistry. One of Punkin C’s short term goals is to take first place in a Coast 2 Coast LIVE showcase and he is determined to make that happen. “No Credit” is scheduled for a Fall 2017 release. There will be a video shot for his hit single “David Letterman”, which is set to be released by the end of September 2017. So far he has already worked with Bukoh and Sly, and he’s been reaching out to new collaborators, looking to work with a number of different producers and engineers for this mixtape. With the help of his team and most importantly his fans, he looks to be one of the artists responsible for getting Hip-Hop back to where it used to be. Back to when music had a true meaning to one’s life and not just something that rhymes and go with the beat. Punkin C is striving to be the next "best artist alive" and won’t stop until he receives his crown.