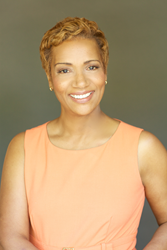 PBS SoCal KOCE, the home to PBS for Greater Los Angeles and Southern California, announces the return of Bonnie Boswell Reports September 10 during PBS NewsHour Weekend on Sundays. Her return is a part of a broader PBS SoCal initiative to provide a more robust service in the important areas of news and public affairs. Beginning Friday, September 1, PBS SoCal will introduce schedule changes that create blocks of news and public affairs content by introducing new series and providing better time slots for some existing programs around the acclaimed PBS NewsHour.

“We have seen significant growth in audience interest in news and public affairs programming stemming from the election, and that interest persists to this day,” said Andrew Russell, President and CEO of PBS SoCal. “We are delighted to bring Bonnie Boswell Reports back to share stories important to the people of Los Angeles, as we continue to bolster our service in news and public affairs.”

Award-winning television reporter, producer and speaker Bonnie Boswell chronicles the stories of people and ideas that make Greater Los Angeles exciting and complex. Her two-minute reports are inserted locally into PBS NewsHour Weekend, on Sundays at 5:30 p.m., and are available at http://www.pbssocal.org/boswell.

The new season of Bonnie Boswell Reports debuts on Sunday, September 10 during PBS NewsHour Weekend with the first of a two-part program on the revitalization of the Los Angeles River. The first episode will look at how a recent million dollar state grant promises to bring more open space, nature, clean air and recreation to the river that has eight of the most densely populated cities in America located within one mile of its bank.

Other upcoming segments will focus on race, immigration, art and fracking. A total of 20 new segments will be produced locally and air from September through February 2018.

The complete fall news and public affairs line-up is as follows:

ABOUT PBS SoCal KOCE:
PBS SoCal KOCE is the home to PBS for Greater Los Angeles and Southern California. We deliver the full schedule of PBS programs plus content that is for, about and by the people of Southern California. Our content is available free through four broadcast channels, at pbssocal.org, on our mobile apps, and via connected TV services. And we provide the community with early education resources and cultural and educational experiences through partnerships, events and grassroots outreach. PBS SoCal has offices in Century City, Costa Mesa, and Los Angeles. Connect with us at http://www.pbssocal.org, Facebook, Twitter and Instagram.