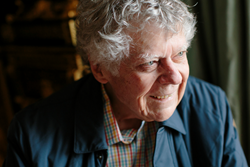 The University of San Francisco (USF) has announced that it has received a $15 million pledge from composer, philanthropist and alumnus Gordon Getty. The gift, which matches the largest ever to USF from an individual living donor, will establish an Honors College that will expand opportunities for students to study at the Jesuit university.

Paul J. Fitzgerald, S.J., USF president, said: “We thank Gordon for his extraordinary commitment to our Jesuit Catholic mission, for his leadership, and for his philanthropic support of higher education as the key to opportunity.”

He added: “Nearly half of Gordon’s gift will go toward an endowment to fund scholarships for students in the Honors College, reflecting our mission to educate young people who lead with competence and compassion and who will ‘change the world from here.’”

The Honors College will launch in fall 2018 and serve as the hub for all honors students across the university’s colleges and programs. It is designed to attract top academic students and expand USF’s existing studies of arts, sciences and humanities.

Over time and with additional funding, the Honors College may provide for a living-learning community for students, where students enrolled in a common set of courses can live together in a designated living space. The gift from Getty, who was the 2015 Alumnus of the Year, is meant to encourage other donors to contribute and help shape the initiative, which has a total goal of $35 million.

An English major at USF, Getty said he was particularly inspired by Professor Desmond Fitzgerald. “He taught epistemology, my very favorite topic,” said Getty, who graduated in 1956, recalling the theory of knowledge course.

Getty also said he wanted to establish the Honors College in memory of his father. When the younger Getty asked his father for advice on what to study in college, his father suggested a broad education in the humanities, which is why Gordon chose USF.

“I asked him, should I go to an oil and petroleum school?”

“Yes, if you want to,” his father responded. “But liberal arts would do just as well. The main thing is to learn how to learn.”

About the University of San Francisco
The University of San Francisco is located in the heart of one of the world’s most innovative and diverse cities and is home to a vibrant academic community of students and faculty who achieve excellence in their fields. Its diverse student body enjoys direct access to faculty, small classes, and outstanding opportunities in the city itself. USF is San Francisco’s first university, and its Jesuit Catholic mission helps ignite a student’s passion for social justice and a desire to “Change the World from Here.” For more information, please visit usfca.edu.