With Dow at 22,000, Self-Directed IRAs Become More Attractive to Investors

The Dow Jones eclipsing 22,000 has sent waves of optimism in the markets—for some. Other investors grow more interested in Self-Directed IRAs as ways of hedging against a market correction become more popular. 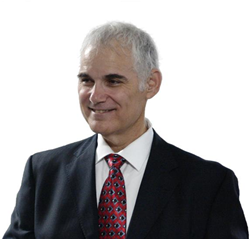 There are plenty of ways to hedge against a future stock market crash or correction while your investments are valuable. And one of the most important ways I’ve seen is through Self-Directed IRAs.

The Dow Jones has hit 22,000, and yet there are many investors who are just as interested in Self-Directed IRAs as there are stocks. The reason? Many investors are worried about an impending stock market correction that could send retirement savings plummeting, potentially taking years to achieve their original value again.

That’s the world according to American IRA, at least, wherein the American IRA blog, authored by American IRA CEO Jim Hitt, points out the appeal of Self-Directed IRAs in times where the Dow Jones seems to have no upper limit.

“People love the big numbers on Wall Street,” Jim Hitt admitted. “But there are those who see those big numbers and just think ‘bubble.’ Maybe the truth is somewhere in between, but in the meantime, there are plenty of ways to hedge against a future stock market crash or correction while your investments are valuable. And one of the most important ways I’ve seen is through Self-Directed IRAs.”

Self-Directed IRAs, Jim Hitt argues, are an invaluable tool for diversifying asset classes out of the stock market and into other traditional and non-traditional investments such as private companies, precious metals, real estate, and more.

“The key to the success of Self-Directed IRAs is that people see they can have the same retirement account protections with different assets,” says Jim Hitt. “If an investor is great at handling real estate properties, for example, a Real Estate IRA is a tremendous vehicle to build wealth. This moves money away from the stock market for the individual and creates a more rounded portfolio.”

To many investors, diversification is the name of the game when it comes to avoiding the issues caused by plummeting markets. At American IRA, which is a Self-Directed IRA Administration firm, Self-Directed IRAs are the obvious answer to hedging away from the market while still realizing the protections of retirement accounts.

“You don’t have to invest in stocks to have the tax protections your retirement nest egg needs,” says Jim Hitt. Many investors across the world are realizing the same thing.

American IRA, LLC was established in 2004 by James C. Hitt in Asheville, NC.

The mission of American IRA is to provide the highest level of customer service in the self-directed retirement industry. Mr. Hitt and his team have grown the company to over $250 million in assets under administration by educating the public that their self-directed IRA account can invest in a variety of assets such as real estate, private lending, limited liability companies, precious metals and much more.

As a self-directed IRA administrator they are a neutral third party. They do not make any recommendations to any person or entity associated with investments of any type (including financial representatives, investment promoters or companies, or employees, agents or representatives associated with these firms ). They are not responsible for and are not bound by any statements, representations, warranties or agreements made by any such person or entity and do not provide any recommendation on the quality profitability or reputability of any investment, individual or company. The term "they" refers to American IRA, located in Asheville, NC.