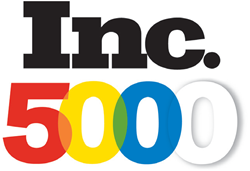 MayoSeitz Media announced that it was named to the 2017 Inc. 5000 list of the fastest growing companies in the U.S. Based on 87% growth, MayoSeitz Media was ranked #3536 in this prestigious list. MayoSeitz Media was a repeat winner, a feat only 1/3 of all previous winners have attained. “We are so honored to be included again in the Inc. 5000," said Jon Seitz, Co-Founder and Managing Director.

“We thank our employees, terrific clients and our media partners. But we are determined to never rest on past accomplishments,” added Ray Mayo, Co-Founder and Managing Director.

About MayoSeitz Media
Celebrating its 20th anniversary, Blue Bell, PA headquartered MayoSeitz Media is one of the leading independent media agencies in the United States. MayoSeitz is one of a handful of independent media agencies to qualify and be accepted to the American Association of Advertising Agencies (4A’s), the leading industry association. MayoSeitz Media clients include VISIT PHILADELPHIA®, Dietz & Watson, Comcast SportsNet, Philadelphia Phillies, Penn Medicine, Sunoco, Stripes® Convenience Stores and Trex, among many others. For more information, please visit http://www.mayoseitzmedia.com.