Expect a personal income tax cut and a Federal Reserve rate hike following October debt ceiling deliberations that at times will border on theatrics, according to Rajeev Dhawan of the Economic Forecasting Center at Georgia State University’s J. Mack Robinson College of Business. 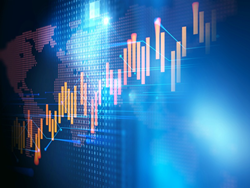 Expect a personal income tax cut and a Federal Reserve rate hike following October debt ceiling deliberations that at times will border on theatrics, according to Rajeev Dhawan of the Economic Forecasting Center at Georgia State University’s J. Mack Robinson College of Business.

“It will first get a bit shaky in October as the debt ceiling debate unnerves the financial markets, but only for a short while,” Dhawan wrote in his quarterly “Forecast of the Nation,” released today (Aug. 23). “Having no big legislative victories by then, Congress will tee up a personal income tax cut by Thanksgiving.”

Dhawan pointed to a small personal income tax cut for the middle class that will boost consumption and growth into 2018, followed by an interest rate hike in December.

“You tap the brakes harder only if you are gathering speed,” Dhawan wrote regarding the interest rate hike he anticipates will follow the tax cut. “But, there is one small caveat on which a rate hike hinges: Markets will punish uncertainty surrounding the future head of the Federal Reserve.”

Rate hikes in 2017 and in the future will dampen interest-rate sensitive sectors, such as housing starts and auto sales, Dhawan said.

"The three rate hikes of the last nine months, coupled with automakers running out of marketing gimmicks, is having its intended impact on this sector,” he said.

As for trade, Dhawan pointed to appreciation of global stock markets as a sign skirmishes won’t come to fruition.

“Markets can live with political dysfunction as long as the playing field rules are not changed capriciously,” Dhawan said. “They are signaling the Trump administration’s rhetoric vs. its actual and projected actions on trade are not matching up.”

According to Dhawan, the lack of tariffs imposed on China suggests the administration is relying on President Xi Jinping to rein in the “real problem child in the geopolitical domain, North Korea.”

As supplier of 90 percent of North Korean imports, China has negotiating leverage with North Korea. That’s why the Trump administration has abandoned tough talk on China and turned its attention to replacing manufacturing jobs in the American Midwest.

“The message is out, and the workforce in the Midwest and other swing states apparently loves it,” Dhawan wrote. “Manufacturing job growth that stalled in 2016 is once again positive.”

In the short term, the forecaster does not foresee much happening regarding infrastructure.

“I do not expect much infrastructure spending in coming years,” Dhawan wrote. “If it happens, it will help growth in 2019 and beyond. The multiplier takes a long time to originate from these types of spending.”