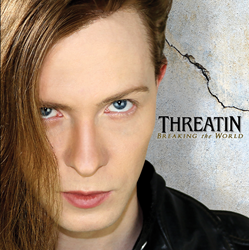 Jered Threatin, known professionally as Threatin, is a singer, song-writer, and multi-instrumentalist from Los Angeles, CA that exploded onto the music scene in 2012 and quickly rose to stardom. In a recent interview Threatin stated, “Musically, the album is very diverse. A song like “All Your Pain” is quite different than “Impulse” or “The Place Between”. When I began writing the album I tried to think of each song as a doorway to a musical direction that I could continue to explore in the future. Knowing it was my debut album, I consciously tried to break down any barriers that could restrict my creativity moving forward. The first two singles;” Living is Dying” and “Identity” were extremely well-received by fans so I look forward to everyone finally being able to hear the full album.“

The track listing for the album is shown below.