WillowTree, Inc., a top mobile development company, announced today it has been named by Inc. for a sixth consecutive year to the prestigious Inc. 5000 list of the nation’s fastest-growing private companies. The list represents the most comprehensive look at the most important segment of the economy—America’s independent entrepreneurs. Only 4% of Inc. 5000 honorees ever have been included on the list six times, consecutively or not. 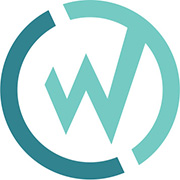 WillowTree, Inc., a top mobile development company, announced today it has been named by Inc. for a sixth consecutive year to the prestigious Inc. 5000 list of the nation’s fastest-growing private companies. The list represents the most comprehensive look at the most important segment of the economy—America’s independent entrepreneurs. Only 4% of Inc. 5000 honorees ever have been included on the list six times, consecutively or not.

This is Inc. magazine’s 36th annual Inc. 5000 list, the most prestigious ranking of the nation's fastest-growing private companies. The list represents a unique look at the most successful companies within the American economy’s most dynamic segment— its independent small and midsized businesses. Companies such as Microsoft, Dell, Domino’s Pizza, Pandora, Timberland, LinkedIn, Yelp, Zillow, and many other well-known names gained their first national exposure as honorees of the Inc. 5000.

“We’re thrilled to be included in the official Inc. 5000 list for the sixth year in a row,” said Tobias Dengel, CEO of WillowTree. “We couldn't be more proud of the work we've produced in partnership with our clients like Time Warner, Wyndham Hotels, and 21st Century Fox. This award is a testament to our talented team of app developers, product designers and strategists. Over the years the Inc. 5000 has always been a great opportunity to reflect on how far we've come as a company and community. It’s an encouraging reminder that as the scope and size of WillowTree’s projects and services continue to grow, the demand for well-designed mobile experiences is rising to match. We’ve never been more excited to be in this industry, growing alongside it and doing our part to direct the future of mobile.”

The 2017 Inc. 5000, unveiled online at Inc.com and with the top 500 companies featured in the September issue of Inc. is the most competitive crop in the list’s history. The average company on the list achieved a mind-boggling three-year average growth of 481%. The Inc. 5000’s aggregate revenue is $206 billion, and the companies on the list collectively generated 619,500 jobs over the past three years. Complete results of the Inc. 5000, including company profiles and an interactive database that can be sorted by industry, region, and other criteria, can be found at http://www.inc.com/inc5000.

WillowTree, Inc.® is a team of creatives and engineers building digital products that are used by millions. Founded in 2007, WillowTree is a chosen partner of world-renowned companies like GE, Johnson & Johnson, Time Warner, PepsiCo, Wyndham, AOL, AEG, and Harvard Business Publishing. Clients across the enterprise, media and entertainment, retail, and healthcare industries trust WillowTree to guide their mobile projects. For more information, visit http://www.willowtreeapps.com.

About Inc. Media:
Founded in 1979 and acquired in 2005 by Mansueto Ventures, Inc. is the only major brand dedicated exclusively to owners and managers of growing private companies, with the aim to deliver real solutions for today's innovative company builders. Winner of the National Magazine Award for General Excellence in both 2014 and 2012. Total monthly audience reach for the brand has grown significantly from 2,000,000 in 2010 to over 18,000,000 today. For more information, visit http://www.inc.com.