“The Choice” from Christian Faith Publishing author MK Jones presents a look at all sides of abortion and allows readers to draw their own conclusions on the matter. 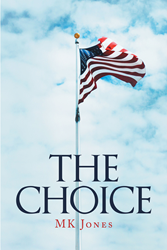 “The Choice”: a look into the various aspects of the abortion debate and why the author views a fight for choice is important. “The Choice” is the creation of published author, MK Jones, who served in the Armed Forces. The author holds his faith very dear to his heart.

Jones shares, “Unless we were born yesterday, we know that during an election year, Pro-Life/Pro-Choice is always one of the hot-button issues, stemming from Roe v. Wade, which gave women the right to terminate their pregnancy. There have been some, who have used this issue for political gain, to divide the people – so much so that the Constitution states that religion shall not be a qualification for electing or running for a political office. Yet, we’ve been overly focused on one’s religious affiliation, when running for the highest office in the land.”

Published by Christian Faith Publishing, MK Jones’s new book breaks down the arguments for and against abortion and why the author supports a right of choice stance. MK Jones constructs an argument of personal responsibility that is in the author’s opinion a fundamental part of American society.

Despite the current laws regarding the matter, Jones believes there is still a chance to appeal to civic powers to bring the law closer to what the author believes spreading God’s great gift, freedom of choice.

Consumers can purchase “The Choice” at traditional brick & mortar bookstores, or online at Amazon.com, Apple iTunes store, Kobo or Barnes and Noble.

For additional information or inquiries about “The Choice,” contact the Christian Faith Publishing media department at 866-554-0919.