Fastspot Makes Inc. 5000 List For Second Year in a Row

Inc. Magazine ranked Fastspot on its 36th annual Inc. 5000, the most prestigious ranking of the fastest-growing private companies in the nation. 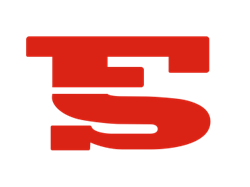 Interactive design agency Fastspot has ranked among the 5,000 fastest growing companies in the country for the second consecutive year, according to Inc. Magazine’s 2017 list.  Fastspot took the #10 spot among Baltimore businesses, #72 among Maryland businesses, and #334 among all advertising and marketing businesses.

The Inc. 5000 list ranks privately-owned businesses based on the past three years’ revenue growth. A mere one in three companies make the list twice.

From 2013 to 2016, Fastspot experienced 100% growth and expanded its client base to include organizations such as Yale University, the Nuclear Energy Institute, ConocoPhillips, Loma Linda University Health, and the Walters Art Museum. Fastspot specializes in large-scale innovative web-based strategy, design and development, with a focus on collaboration and creative excellence.

“It’s an honor to be listed on the Inc. 5000 list for the second year in a row,” said Tracey Halvorsen, Fastspot’s Chief Visionary Officer and President. “Our growth is a testament to the great work our team produces, and the strong relationships we’ve formed with our clients over the years.”

About Fastspot
Interactive design agency Fastspot was founded in 2001 and works with clients across the country. The company has created digital communications strategies and products for numerous brands, including George Washington’s Mount Vernon, Bucknell University, and the Chicago Architecture Foundation. Combining technical innovation, an unparalleled focus on user experience, and award-winning design, Fastspot’s collaborative approach and creative problem-solving have garnered many of the industry’s top honors.

For additional information on Fastspot, visit their website http://www.fastspot.com. For business or press inquiries, call Katie Jennings, Director of Business Development at (802) 462-3831.

About The Inc. 5000
The Inc. 5000 is a list of the fastest-growing private companies in the nation. The 2017 Inc. 5000 is ranked according to percentage revenue growth when comparing 2013 to 2016. To qualify, companies must have been founded and generating revenue by March 31, 2013. They had to be U.S.-based, privately held, for profit, and independent—not subsidiaries or divisions of other companies—as of December 31, 2016. The minimum revenue required for 2013 is $100,000; the minimum for 2016 is $2 million. Complete results of the Inc. 5000, including company profiles and an interactive database that can be sorted by industry, region, and other criteria, can be found at https://www.inc.com/inc5000.